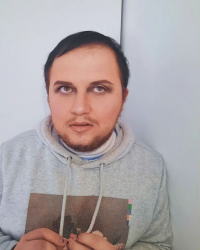 Jamie Tugayeva
Final Fantasy is Jamie's favorite game series, tied only with Kingdom Hearts. His first game in the series was the original Final Fantasy VII but he soon moved on to all its spin-offs. Since this fated beginning he's most enjoyed playing FF8, FF10, FF13, FF15, and World of Final Fantasy.

Fishermans Horizon is one of the most intriguing areas in Final Fantasy VIII with its clever minimalistic story-telling. Squall Leonhart and his friends arrive at this location after being caught up in the bloody fights as part of Sorcerress Edea‘s world domination plans. The gang survived the attack on Balamb Garden and fleed after activating its flying module.

As true SeeDs, they stayed true to their mission. Whether you feel compelled to help Headmaster Cid or want to defeat Edea, the journey to Fishermans Horizon is a welcome break from missile attacks. Fishermans Horizon is not as crucial to the plot as other areas and locations, but I love its position in the game as a thought-provoking break. Let’s begin our Fishermans Horizon guide by looking at the FFVIII Universe.

Final Fantasy VIII is one of the most famous but simultaneously one of the most underrated games ever. Some players complain about the closing points of the plot and certain confusing aspects.

The game evokes a wave of nostalgia for older players. It also has a large audience of new ones with the remasters for many different consoles, including the PlayStation 3, Playstation 4, Nintendo Switch, and PC.

The gripping story with its sci-fi elements and time traveling in a military context is one to leave us sad that there was no follow-up. But is that for the better?

Regardless of personal stances on sequels for other Final Fantasy games, Final Fantasy VIII has multiple areas worth exploring, with bonus items to keep the game fresh and entertaining with Squall and his crew.

The Balamb Garden stops at Fishermans Horizon with a crash landing, causing the locals to be grumpy. Squall, representing the interests of the Garden, has to apologize to them and make amends for the trouble caused as the game progresses.

Fishermans Horizon is a relatively simple area with few areas to explore. However, it compensates for that very well due to the expanses Squall has to travel through to see the story unfold while the crew repairs the Balamb Garden. Fishermans Horizon is also where you meet the famous Mayor you encounter in the second disc.

Fishermans Horizon is a small coastal station in the Final Fantasy VIII universe, but it matches the theme with its contrasting stance. The citizens and leaders of Fishermans Horizon are not interested in the fight between the SeeD and the sorceress.

From a gameplay point of view, I felt this in the lack of encounters and battles in this area compared to previous towns visited. Fishermans Horizon is a tranquil village that does not play a notable political role, which allows you to explore the world and the characters in peace.

The Mayor of Fishermans Horizons is firm on his stance. He does not want to involve his people in the fighting around Gardens, SeeD, or sorceresses. He believes that there are diplomatic solutions to the war and tries to negotiate a peace treaty with officers serving Sorceress Edea.

From my first playthrough as a child, I found it the game’s critique of the pacifist approach fascinating. The writers at Square Soft bring up the ages-old discussion of peaceful versus violent resistance. The Mayor has an admirable commitment to his non-violent principles, but Squall, a military man, feels his approach is out of touch with the bloody reality around them.

You start the journey in Fishermans Horizon by talking to the local man you first meet. Squall apologizes for the trouble caused by the Balamb Garden crash landing and listens to the man. Then continue following him so you can keep up the conversation and make sure to pay attention to what he has to say. Continue to the large water tank in the background as you walk your way with Squall around.

Try to remember the location of the ladder on the other side of the water tank, as it will be available during a limited-time quest called Master Fisherman’s Quest. It is only available on your first visit to Fishermans Horizon, and completing it awards the player the unique Occult Fan III magazine.

You do not have to do the Master Fisherman’s Quest right away, so you can do the first half or leave it for the rest of your current visit. Regardless of what you choose, there are things you must do. Use the elevator from your current location to get to the lower part of the village and get to the save point. You will also find a reusable Regen magic point, which you can stop the spell on for further needs.

The dock area has an inn where you can rest for the regular Final Fantasy price of 100 gil. Next to the tracks, you will find another building with the item store filled with the usual items, nothing out of the ordinary, but check your inventory before leaving. If you go up to the Item Store you will find an issue of the Timber Maniacs magazine lying around.

After stocking up on necessities, go to the next area in this village. There you will find an abandoned train station. Instead of admiring the scenery, go to the small shack in the right up corner of the screen to score yourself another Timber magazine and a Mumba doll to trigger a scene.

There are quite a few chances to get cards in the following area, including a lost Ifrit card from Martine or other rare cards you have missed from Galbadia Garden. Once you finish, head to the inside of the Mayor’s house for another cutscene to start. After the Mayor’s disappointment, go ahead and load up on the Ultima spell.

This ability is one of the most versatile spells throughout the game. I often forget about this and have to wait until I get it later, so do not follow my mistakes. Once you collect all the cards and spells required, head back in the direction of the Garden.

Make sure to save before you get back to the bridge, as the only notable fighting in Fishermans Horizon lies ahead.

Fighting on the Bridge

You will encounter many enemies, both new and old. Defeating them can yield Adamantine, eight Running Fire or Missle, and a Mega Phoenix. You will meet Elite Soldier, G-Soldier, GIM47N, SAM08G, and the boss, BGH251F2. The dialogue option presented is inconsequential, as all answers still mean you have to fight the boss. 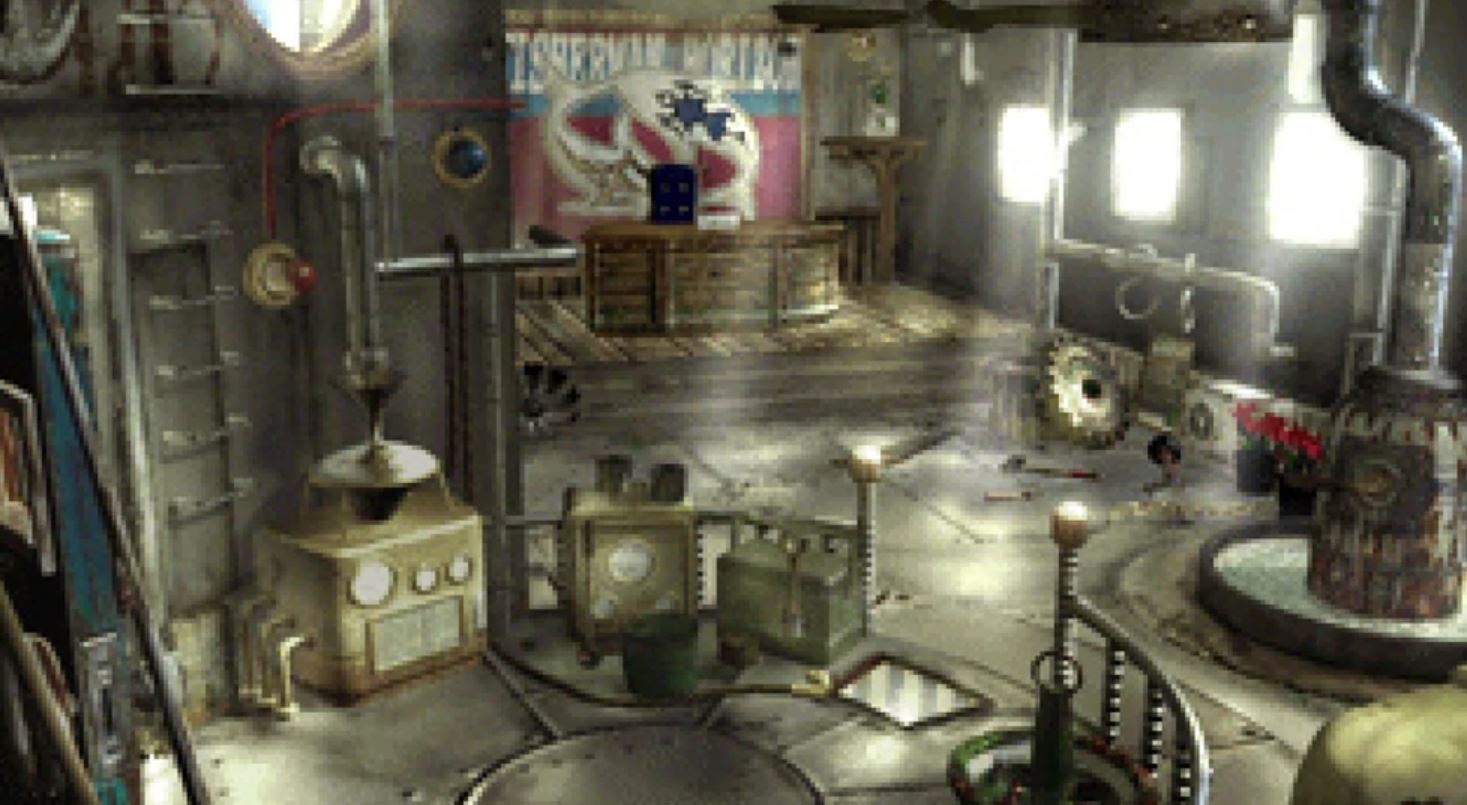 After you defeat the enemies, talk to Rinoa and Dobe. Irvine should have joined you by this point. If not, he will join you during the completion of the Master Fisherman’s Quest.

Go to the Grease Monkey’s house, enter, speak to the officer, exit, enter again and get a Mega Phoenix from them. After that, you can return to Balamb Garden and enjoy the rest of the game.

Make sure that you finish this quest before returning to Balamb Garden, as this quest is only accessible to you during Disc 2!

Look for a ladder on the side of the large water tank near the elevator that leads to the central area in Fishermans Horizon. Go down the ladder and follow the footpath that will lead you to the Master Fisherman. He may feel like a unique conversationalist, but the dialogue options with him are largely inconsequential.

The first time you talk, he will give you an issue of the Occult Fan III magazine. This conversation is the only time you can get the item in-game. The next time you speak to the Master Fisherman, he will request that you check up on his apprentice hanging out by the docks.

Go back through the path and up the ladder you came from, then board the elevator to reach the lower level. When you see the railroad, follow them until you reach the docks area.

Head over to the southernmost dock, where you can see a young boy fishing. Approach him to trigger a dialogue sequence. You need to pick the following answers, in this order:

Continue the conversation until the young fisherman stops casting his line. Your quest will then be temporarily placed on hold as Squall has more pressing matters to attend to, but that is fine.

When you return to the main area of Fishermans Horizon after speaking to the Mayor (but again, before going to Balamb Garden), you must talk to the same boy on the southern dock. After chatting him up, find the Master Fisherman. He will instruct you to meet up at the inn, where you can find him on the upper level. Meeting him there triggers a dialogue sequence. Pick “why not…?” as the answer when prompted.

You and the Master Fisherman will leave the inn and go after the young fisherman at the dock, where they talk again. Following that, speak to the shopkeeper and pick any dialogue option you prefer before addressing the Master Fisherman one more. You can go back alone or ask for help finding your way.

Congratulations, you have finished the Master Fisherman’s quest! He will give you a Megalixir and 20 SeeD Experience points as rewards for your efforts.

What is an Occult Fan III?

Occult Fan III is a magazine that does not need the two previous issues to make sense. Reading it is necessary to learn abilities that will help you complete the game and expand your toolset.

One of the best items featured in Occult Fan III is Doomtrain, a very powerful GF that launches several crippling statuses to the foes and packs extreme Poison-elemental damage. Another player favorite is PuPu’s Quest.

This quest allows you to get the PuPu card. You may kill the alien if you would like, but the rewards will not be as unique. I always keep him alive. If you give him five elixirs and collect the right cards in the card game, PuPu becomes an invaluable ally.

If you have not found the Occult Fan II issue yet, do not worry! The magazine issues are all around the game by design, so you will be able to acquire them later.

Triple Triad is inescapable in Final Fantasy VIII. Squall and gang can hone their skills in their favorite card game in Fishermans Horizon.

The local variety of Triple Triad has Sudden Death and Elemental starting rules. You can find the Queen of Cards by the stairs near the Mayor’s house.

Question: How do I get into Fishermans Horizon in FFVIII?

Answer: You will first arrive there automatically following the Balamb Garden crash landing. You can later access it by flying the Garden on the world map.

Question: Are any GFs missable in Fishermans Horizon?

Answer: No, there are no GFs in Fishermans Horizon.

Question: How do you meet Master Fisherman?

Answer: As explained in the guide on how to complete the Master Fisherman quest, you need to go down the latter by the water tank while still in the second disc.

Fishermans Horizon is quite interesting because of how different it is. Despite its lack of battles, the location is right in dialogue, scenery, and significance. The scene with the Mayor has stuck with me as one of the greatest philosophical moments of Final Fantasy VIII. It addresses debates that have no single answer to them so far.

We are all driven to fight Edea in-game, which places Squall firmly on the armed side of the conflict, so it is interesting to see a side that argues against the essence of the player’s actions in-game.

This conversation is a fantastic addition to show how important it is to question your own moral compass, something I find other Final Fantasy games are not as good at.