Ah, loot. The force that keeps all RPG players spinning. MMORPG Final Fantasy XIV offers no shortage of shiny, mouthwatering loot to its players. The Stormblood expansion introduced many players to The Forbidden Land of Eureka, an area whose main reward is class-specific weapons.

The FFXIV Hydatos Weapons, however, are unique in their kind, as they don’t only look outstanding but also offer five materia slots and are completely dyeable. Also, they glow.

As Eureka comprises four sections, you will get the chance to upgrade your weapon each time you enter a new zone several times. Upon arriving in Eureka, you will hold an Antiquated Weapon, but you will leave with your own shiny, customizable Eurekan relic. 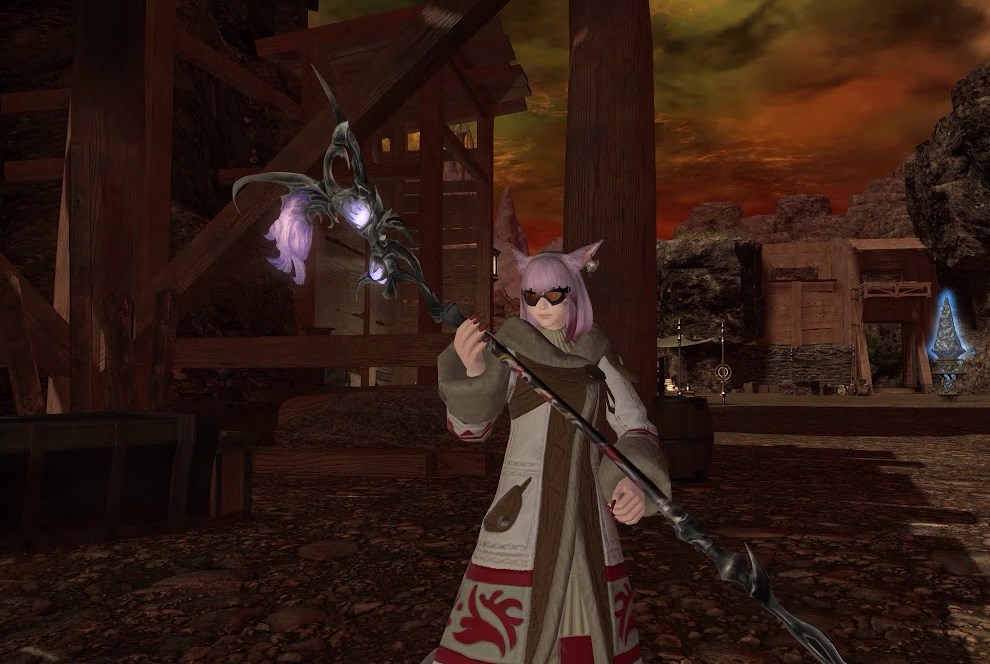 Eureka is an expedition-style map with multiple zones and very little quest guidance. In Eureka, you will find four zones: Anemos, Pagos, Pyros and Hydatos. Each zone has its qualities and, once finished, will provide you with a relic for your combat job.

You need to meet the following requirements to unlock Eureka:

Eureka has four different zones, and there is no real questline. Everything is given through talking to and learning from other players. This section has a very gritty aspect, tailored to certain people. Keep in mind the following aspects:

The leveling system in Eureka is independent. You begin at elemental level one. So, despite entering at level 70, you will have all your level 70 job abilities in Eureka, but you start at level one.

That means you will see that there are enemies of scale from one to 60, which is your elemental level. Enemies have an elemental affinity, the strength or weakness to do extra damage and take minor damage from them using the Magia Board mechanic.

Doing everything in Eureka as a group makes survivability way easier. You can get credit for killing higher-level bosses, which is very important for progression, so always look for a group. 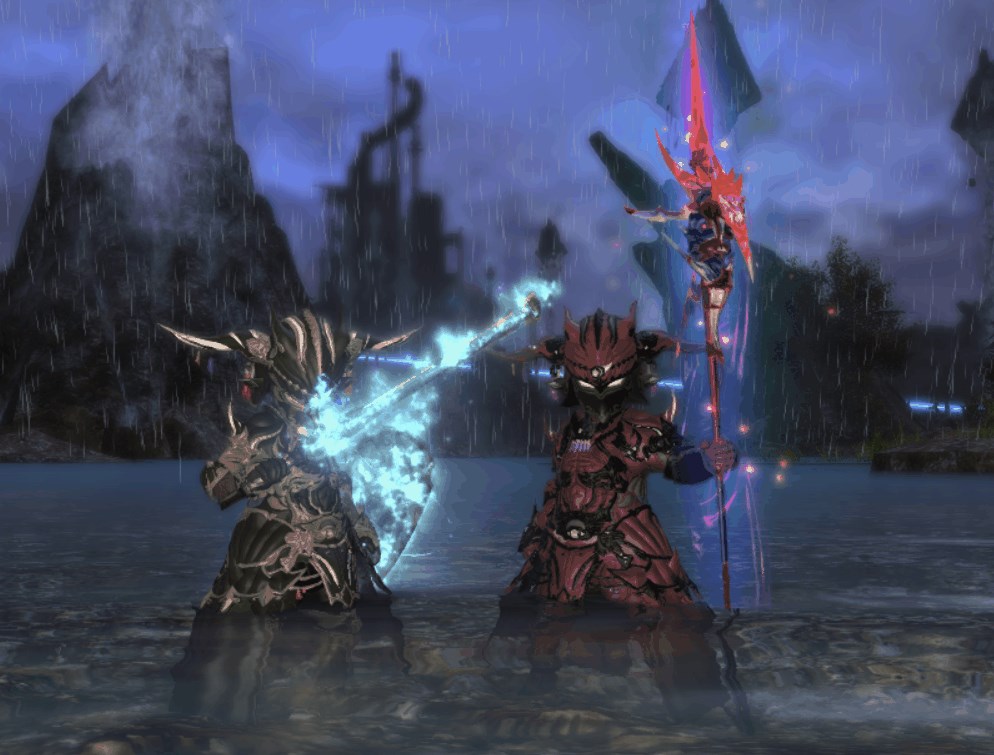 It is completely viable to level solo in Eureka, but you will need to accept that it can be dangerous, as you have no guaranteed resurrection if you die, and also, it will take a bit longer. Doing Eureka solo is not extremely fast, but it is not slow either; it is Steady. The best way to do this is by undertaking the FATEs.

If you die, don’t respawn. Ask someone to raise you. If you respawn, you will lose EXP and even levels.

Eureka has a series of FATES with boss enemies. If you do ones of a similar level to you or lower, you can get crystals, which you need to level your weapon up. Every NM instance has a monster that corresponds to them.

Once a notorious monster pops, the chat begins to liven up as groups gather around to defeat it. The first thing you should do is find a party and try and safely make your way to the location. Remember that higher-level party members will not aggro monsters that are far lower level than them, but you will.

Everyone in Eureka is after one thing: the loot. Eurekan gear is one of the most substantial and most remarkable looks.       All weapons obtained in Eureka glow and can be dyed.

Keep in mind the following information about Eurekan relics:

Head to Anemos and meet Gerolt, the blacksmith who will forge your Eurekan Relics. 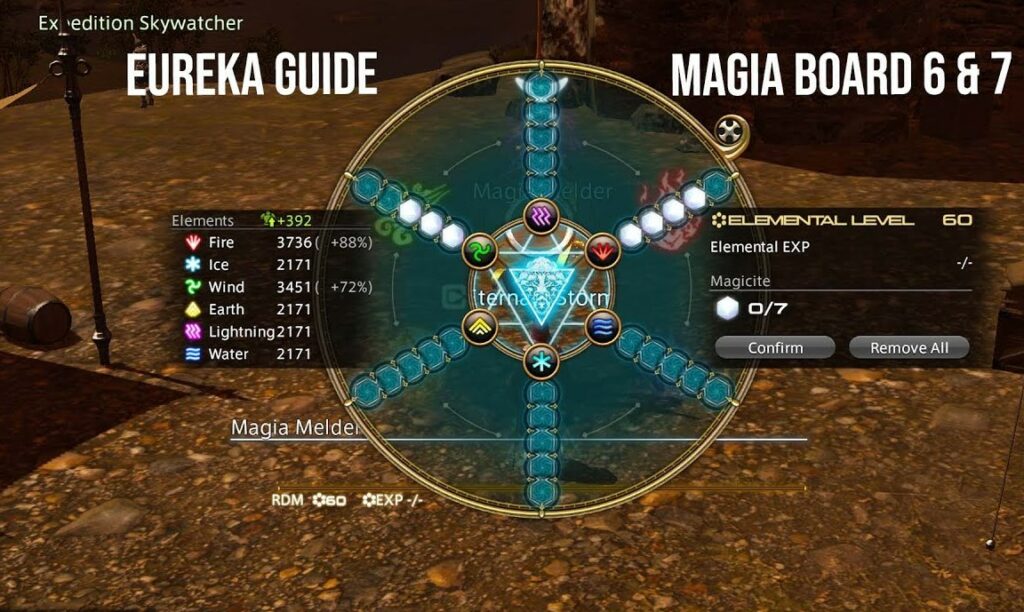 The Magia Board is a six-sided elemental board that you can use to change how much damage you do and take from a monster in Eureka.

To use this board, you will need magicite, which can be melded in the Magia Melder. If you place magicite into the water slot and hit confirm, you will see that you have one point in the water affinity. This means now you will take more minor damage from water monsters, and you will deal more damage to monsters weak to water, such as fire monsters.

All enemies in Eureka will have an element and, thus, be sensitive to another. The way to beat them is to switch between elemental affinities. It works like a clock, so you just need to spin it to adjust your current element to the most convenient one.

Note that it can either be used offensively (by switching to the element that the enemy is most weak to) or defensively (by changing to the enemy’s element so that you take less damage from it).

To craft your Anemos Weapon, you need 1300 Protein Crystals and 3 Pazuzu feathers.

How to Get Protean Crystals

How to Get Pazuzu Feathers

As you might have already guessed, to get the Pazuzu feathers, you need to defeat the NM Pazuzu. However, you can also get them in exchange for Anemos Crystals if you speak to the Bird Watcher NPC at the main camp. 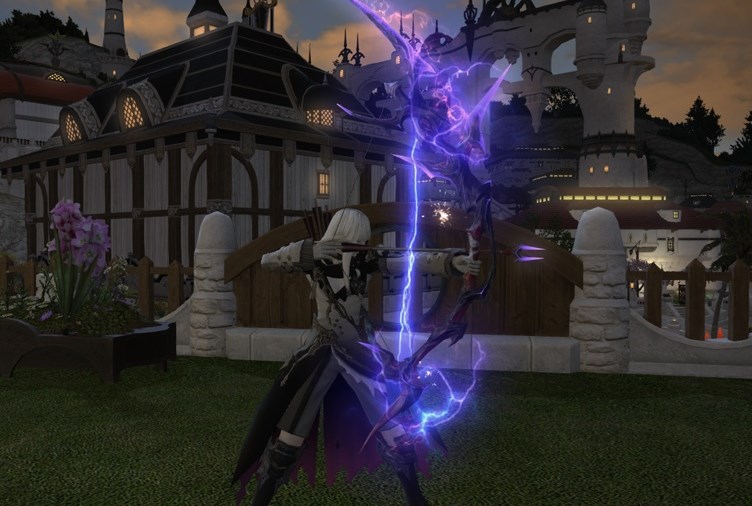 Say “hello” to this zone’s gauge: the Visited Aether Crystal Yield gauge. At level 25, Gerolt will task you with filling up this gauge by defeating zone enemies.

Beware the dragons! The trick is that you will not only come across FATEs but also dragons who are asleep but will aggro if you wake them up. This means you will have to sneak around them.

You will need 500 Pagos Crystals, 31 Frosted Protein Crystals, and 5 Lhoui Ice to upgrade your Anemos relic into a Pagos relic.

How to Get Pagos Crystals

This is the most straightforward bit. They can be obtained by defeating notorious monsters and completing fates. 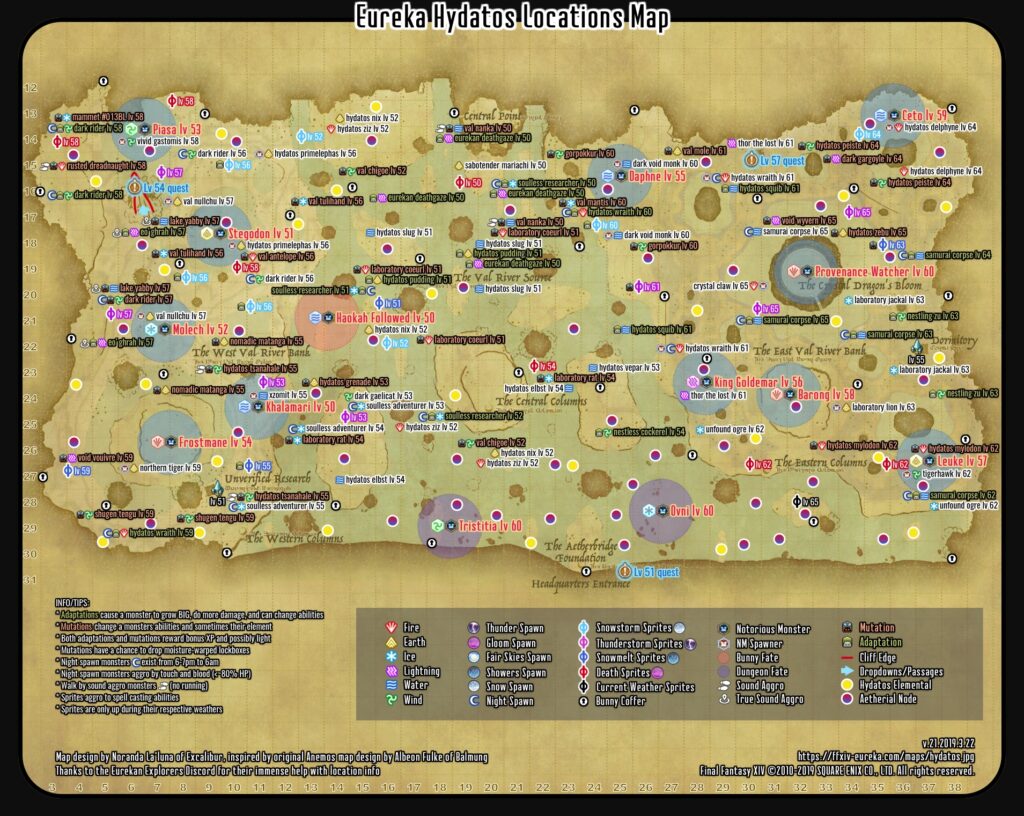 How to Get Frosted Protean Crystals

By visiting the Crystal Forge, you can turn the accumulated Aether into Frosted Protein Crystals.

How to Get the Lhoui Ice

To get the Lhoui Ice, you will need to participate in the FATE against Lhoui. Another option is to exchange a bunch of Pagos Crystals with the Birdwatcher NPC. 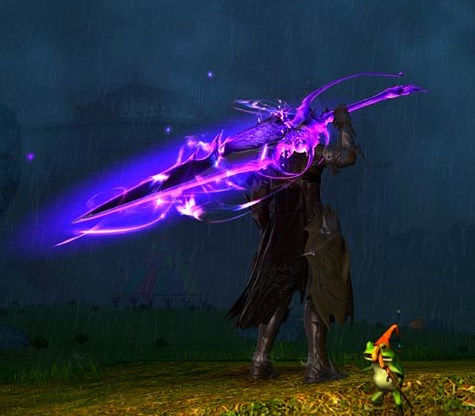 You will need to unlock the different Logos Actions to progress.

You must obtain Logrograms, which can be acquired by chaining mobs, opening Bunny chests, or purchasing them off the market board. To decipher them, you need to speak to an NPC named Drake. Speaking to Drake gives an option to “Review your Logograms,” allowing you to use them in the Logos Manipulator to create Logos Actions.

The Logos Actions make Jobs a bit more chaotic. Your DPS may be able to tank; your healer may be able to DPS; your tank might be able to heal, etc. Party comp is still essential, but it’s not as important as it once was.

You will need 650 Pyros Crystals, 30 Logos Actions, and 5 Penthesilea’s Flames for this weapon.

How to Get Pyros Crystals

As always, defeat enemies and complete FATEs to get Crystals.

How to Get Logograms

To get the Logograms, you will need to do the same, but you can also do Bunnie FATEs, which ask you to save bunnies from different challenging situations in exchange for Logograms. These will later need to be treated by Drake and used in the Logos Manipulator to create Logos Actions.

How to Get Penthesilea’s Flames 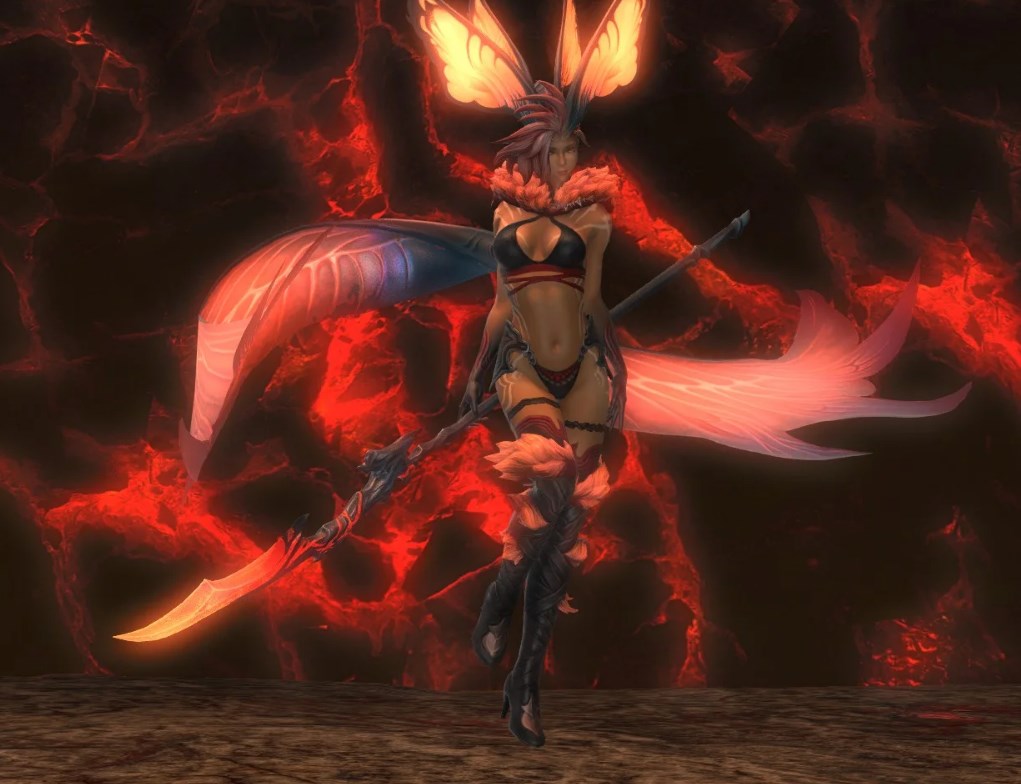 You can either defeat Penthesilea or trade Crystals with the Birdwatcher NPC to acquire this item.

All you need here is 350 Hydatos Crystals and Crystalline 5 scales.

How to Get the Hydatos Crystals

By killing monsters and completing FATEs, you can acquire enough Hydatos Crystals. Most FATEs in this area only give 5 to 9 crystals. 2 FATEs give you more: the Provenance Watcher and the Baldesion Arsenal.

How to Get 5 Crystalline Scales

By defeating PW twice, you will get six scales, more than what you need to upgrade your weapon to Hydatos-status.

Question: How do I go to Eureka?

Answer: If you meet all the requirements, you need to go to Kugane, head to Pier 1, and talk to Rodney. He will lead to the first Eurekan zone: Anemos.

Question: How do I get Hydatos weapons?

Answer: Hydatos weapons are obtained once you beat the fourth zone of The Forbidden Lands of Eureka. With a couple of grindable items, you will be able to upgrade your weapon to Hydatos-level.

Question: How many Hydatos Crystals do I need?

Answer: To upgrade your weapon to the max, you will need 350 Hydatos Crystals.

Beating all of Eureka is definitely a wild ride, but also a rewarding one. To get there, you will likely have gone through several quests, cleared many FATE instances, and smashed your controller/mouse against the wall more than once. No judging, we have all been there.

Once you have completed all of these steps you will have earned a level 405 weapon for your character that is more than deserving of showing off.