The Tonberry is one of the more iconic monster creations of the Final Fantasy (FF) franchise. Suppose you stumble across a fish-like creature with little green legs and a small, bald green head with big, round yellow eyes poking out of a brown robe. You’ve spotted a Tonberry.

Notice its two arms. One of those arms holds a lantern, shining light as it slowly moves about the darkness. The other has a knife. This knife will often cause INSTANT DEATH or CRITICAL DAMAGE if it strikes you.

Our Tonberry Guide will look at how the cute, deadly Tonberry evolved into so much more than just a monster. 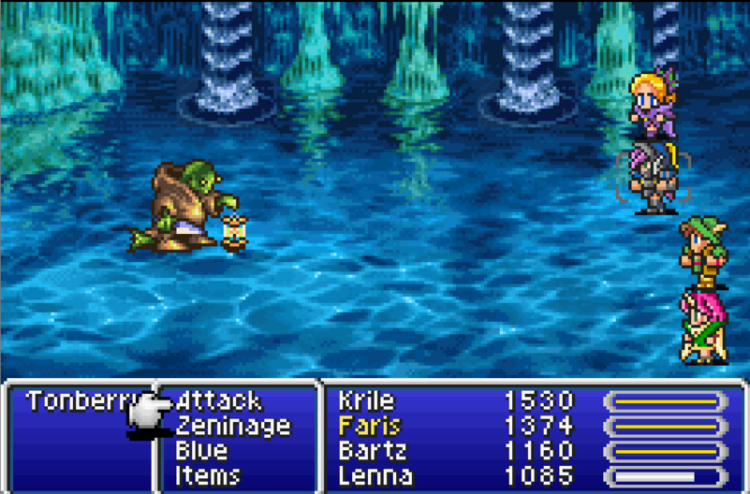 FFV is the debut title of the cute menace.

The Tonberry in this game gets called Pug on the SNES release of this title.

Tonberry/Pug: Good HP. High Defense. Uses Traveler, counterattacks with Knife. Weak to Fire and Lightning. Immune to most status effect but NOT Imp, Poison, or Petrify. Though while under Imp, its basic attacks will all be critical.

If three Tonberries are in a group in this game, they have different stats and are marked at LV 99.

He also appears as a Boss in this title. Pay attention to the spell it casts. It will be weak to the opposite of that magic until it uses Barrier Change.

The normal Tonberry in this title can only be engaged in the Battle Square of the Gold Saucer after it has re-opened. All forms of the Tonberry in FFVII move slowly towards a party member until hitting them with Knife. This skill causes INSTANT DEATH in FF7.

The Master Tonberry has the highest normal enemy HP in the game, 44,444. This number represents how four has a similar sound to death in the Japanese dialect. (This is also true for Mandarin).

It will counter every two attacks with Everyone’s Grudge doing damage equal to ten times the Final Fantasy enemies the targeted party member has killed. Use Stop and Bio to damage without retaliation.

This Tonberry comes in as an enemy, a Boss, and a Guardian Force(summon).

Note that in FFVIII, enemies gain levels in accordance with the player.

If you kill enough Tonberries, you will get into a fight with Master Tonberry. For the best Draws, fight this boss after your party is above LVL 30, so you can Draw 100×3 of the rare and top tier spell, Full-Life.

Master Tonberry: Its attacks are Its Sharp! and Junk. Its Sharp! is the same as Everyone’s Grudge, but the multiplier is 30 instead of ten! Immune to ALL Status.

Defeating the Master Tonberry will give you the Tonberry GF.

Tonberry GF: Comes with Luck +50% and Evasion +30%. It has the instrumental LVL UP and LVL DOWN attacks that allow you to manipulate what you can DRAW from or what items will drop from enemies. You can learn Auto-potion and Move-HP UP from it.

His summoned attack is Chef’s Knife. You can boost the damage of this attack by up to 190%.

If you are trying to obtain everything in the game, this GF should be acquired early as possible. That would be when you can traverse the World Map via the Balamb Garden and go to the Centra Ruins.

Its highest initial compatibility is with Selphie.

The Tonberry in this game always attacks in a group of three. Its Knife always does 9,999 damage, and Everyone’s Grudge does damage equal to the number of Tonberries you have defeated.

Tonberry: Good HP. Okay, Stats but High Defense. Immune to ALL Status. They will teleport away after hitting you with Knife. Not worth the fight unless you can finish them quickly. 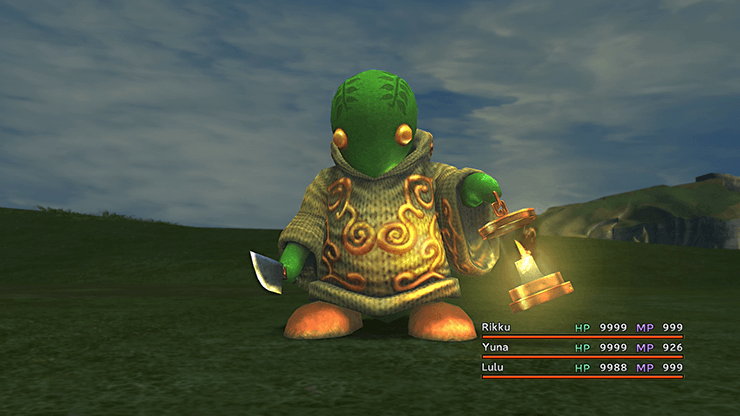 The basic Tonberry in this game has a rare drop of an LVL.2 Key Sphere. For that reason, I suggest fighting them as much as possible until you’ve collected at least five of these.

Tonberry: Good HP. Decent Stats. Immune to ALL Status except Sleep. Skills are Knife and Karma. It uses Voodoo if you summon an Aeon; this will do 9,999 damage to the Aeon instantly.

Use Sleep on the Tonberry as soon as possible to make the fight easier.

Master Tonberry: Hugh HP. Great Stats. Immune to ALL Status except Sleep BUT highly resistant to Sleep. Skills are Knife, Voodoo, and a more powerful version of Karma. Strong VS ALL Elements. Rare Drop is a Teleport Sphere!

The Master Tonberry is tough and can do well against you at almost any level. However, Tetra Elemental is one of the best items in the game.

Don Tonberry is only available to fight at the Monster Arena if you have trapped 10 of each fiend from the Cavern of the Stolen Fayth.

There is an AP gaining trick on this Tonberry. You should have Overdrive –> AP on each character’s equipment. Then, focus on healing and making sure he only retaliates against one party member. That part member needs Stoic as their Overdrive function while the others have Comrade. You will keep this AP even in defeat.

The Mega Tonberry will almost always do more than 16k HP a hit. Take care.

The Tonberries in this title come in groups and many forms, shapes, and sizes. The Tonberries encountered will be relative to the party’s location and level, among other things. If you see a Tonberry or a group of them, which will not be hard to spot due to the lanterns and robes, they may have any following attacks.

At a certain point, Everyone’s Rancor or even Grudge is always going to one-shot you. So what you want to try and do is undertake Norg’s quest: “Everyone’s Grudge.”

After this quest, you reset your Tonberry Hate counter, which is what keeps track of Tonberries you’ve killed, to zero. You unlock the Tonberry Priest NPC, which you can pay money to afterward to reset the Hate counter at any time.

Each time it uses a Grudge skill, it significantly increases stats and heals. It is eventually glowing Purple when the final Grudge has happened. If it is glowing purple, I suggest you run.

Tonberry: Good HP. Good Stats. Immune to ALL Status except Provoke. Resists basic damage. It uses Knife, BUT slowly the Knife attack will upgrade. When text appears on the screen such as “Revenge…” the knife attack rises. It will do precisely 66,666 damage to ALL party members if it gets to Ultimate Grudge.

Don Tonberry: Just a slight increase to the Tonberry but now Resists ALL Elements. Its attacks cause poison, and after its final Grudge attack, its Knife strikes will reduce your MAX HP. 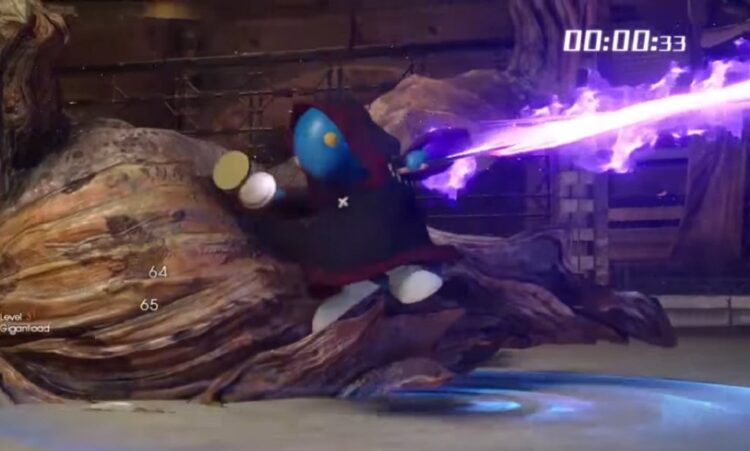 Tonberry: Okay HP. Okay Stats. Immune to Poison, Silence, Stun, Stop, Instant Death, and Blow Away. It uses Knife and Karma, both of which can be dodged.

Tonberry King: Double Guards HP. Similar Stats. It has a new attack called 5-Gallon Can; this does 1k unblockable damage and causes stun.

Holy Tonberry: Massive HP. Similar Stats. Some new attacks. Use the same strategy you do on King. (Graviga works excellent on these enemies.)

Stock up on Phoenix Downs just for this fight. It happens in a side quest and when fighting the Hell House on Hard Mode.

Tonberry: Good HP. Very High Magic Defense. Immune to Poison, Silence, and Berserk. All of its attacks cause Instant Death or Stop. On Hardmode, its HP and Stats are both doubled. 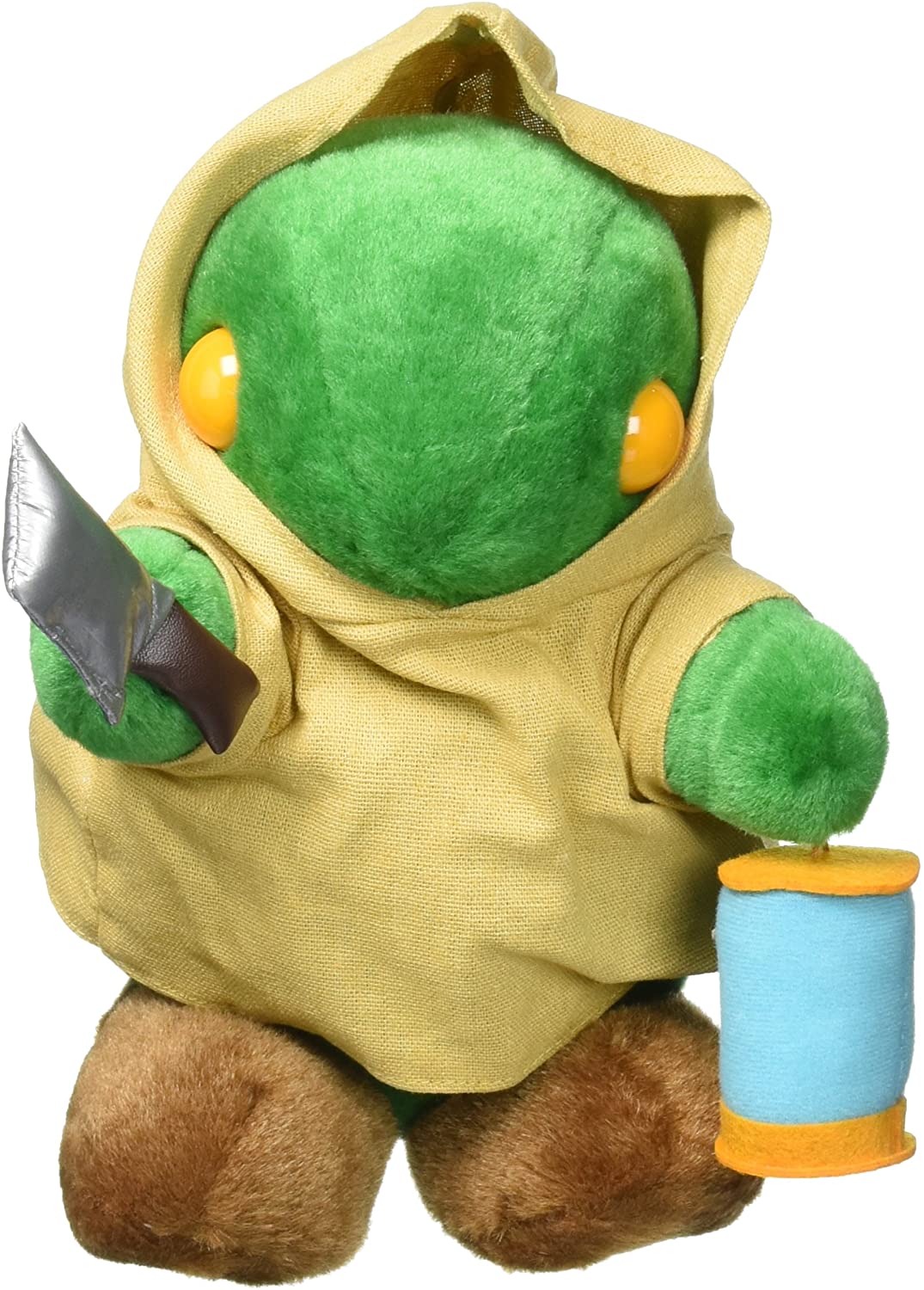 Question: Is the Tonberry Based on Anything?

Answer: There is strong evidence that it is, in fact, based on an old Japanese Legend about the Sea Monk, or Umibozu in Japanese. A half-fish monk with a bald head, glowing yellow eyes that carries a lantern, and insta-kills sailors. Kind of spot-on.

Question: Why is the Tonberry Popular?

Answer: For most, like myself, it’s cute and intriguing. The idea that one of the more simple-looking designs in a game can also be one of the greatest threats is quite clever.

Answer: In most titles, yes. If someone is not having trouble with a Tonberry, they have already spent a lot of time grinding to gain Death Immunity or deal severe damage.
However, it is not too difficult in Crisis Core as long as you’ve got a good Dodge going on.

Question: Is a Tonberry Based on Yoda?

Answer: No, but the creators of FFXV did play on the similarities. You can fight a special Tonberry, Sir Tonberry, in that title. It battles much like Yoda, and its knife resembles a purple lightsaber.

Question: Is Tonberry in Kingdom Hearts?

Answer: Tonberry blueprints for a gummi ship and a possible Tonberry card and star constellation.

The Tonberry will always be a staple creature in the franchise. It brings a unique challenge to a player, its design is well-liked by most, and it may even show up as an ally here and there. If you encounter one, think about your moves, don’t just rush in, and you may survive.

Always remember, Karma is a Tonberry with a Grudge.