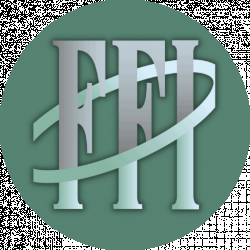 Final Fan Insider Team
We, the Final Fan Insider Team, are a bunch of writers and gamers who are passionate about all things Final Fantasy. We are FF fans through and through and know the series inside and out. We have played well over 10,000+ hours of FF content collectively. We played all of the spin-offs for the franchise and all the main titles. We mess around with nice builds, party compositions, and every member of the series. We have a genuine love for the characters of the Final Fantasy World.

Lunafreya Nox Fleuret is one of the heavily focused on characters in Final Fantasy XV. She was once a princess of the kingdom of Tenebrae. She has become known throughout the lands for her various endeavors, although unfortunately was later captured by the Niflheim Empire after their overtaking of the land.

Throughout the game, her presence is constantly seen in many forms as she aids Noctis and his companions in their quest to fulfill destiny. I loved learning more about her as I played through the experience and throughout this Lunafreya Nox Fleuret guide, I wish to imbue that same sense of awe onto you as we discover more about this exciting character in the Final Fantasy universe!

Lunafreya (also known as Luna) first appeared in Final Fantasy XV and hadn’t been seen before that. Kind-hearted and always putting others over her own needs. Luna is a shining example of what it truly means to guide and help people throughout their lives.

She is an ‘Oracle’ which means that Luna has the ability to keep the world stable and even talk with the various gods of the Final Fantasy universe. She is also the youngest Oracle in the series.

Luna was once a princess of Tenebrae. She went under a royal upbringing and this has shaped her personality amicably. Lunafreya is the youngest Oracle in the series’ history up to this point. It is known that any Oracles have been given the life force of the planet.

They have the power of the planet and that is passed through bloodlines. In the same way, Aerith from Final Fantasy VII has the power to talk with the life force of the planet. It can be said that Luna can do something of similar measure. Able to heal those who have been afflicted with ‘Starscourge’, a plague that has ravaged its way through Eos. The world of Final Fantasy XV.

Along with this, she is an Imperial protectorate due to her status and powers. During the game, she spends the majority of time within Altissia which is where she is to be wed to Noctis who is of course a prince and the main protagonist of the game.

This is also to be a condition of the armistice for Niflheim and Lucis. Her initiative for trying to always do the right thing is always present and she also has a great degree of knowledge in strategy and politics, which benefits her talents.

Lunafreya has a lot of notable key moments throughout the experience of Final Fantasy XV. Being one of the primary characters, she, of course, has an array of excellent moments for you to watch and enjoy! One such moment is her address in the city of Altissia, where she speaks to the public about keeping them safe and seeking the Leviathan to grant Noctis its power. In order to avoid any spoilers, the details of what happens after Luna summons Leviathan will not be noted here but she has a fundamental role in the game’s story.

Another significant moment with Luna was when players got to see some of the childhood friendship between Luna and Noctis. It allowed us all to gain a much more valuable understanding of the pair’s feelings for each other and everything they had been through being from Royal upbringing. During one of the segments, we also got to witness how Lunafreya got her nickname of Luna and this was when Noctis referred to her as such while she was in the room with him.

Luna is also able to wield the weapon known as the ‘Trident of the Oracle’ and can be seen doing so in the game’s events. This trident has been seen in the oracle’s bloodline and the trident itself was given to Eos by Bahamut who chose a woman from Tenebrae to give the trident and allow them to speak to the gods. The chosen woman was Aera Mirus Fleuret who was the first Oracle.

As aforenoted, Lunafreya has a romantic interest towards Noctis and that is equally returned by Noctis, although not as obvious. However, the pair were once childhood friends and their fondness for one another grew over the years. Her relationship with the other characters who aid Noctis in his quest and general associates of Altissia is apparent.

Luna and Noctis, however, happily do indeed marry within the epilogue of the game and it will certainly bring a tear to your eye if you get emotionally happy about these sorts of things too!

Always seeking to help others, Luna’s passion for society is clear and it is always a joy to watch this unfold over the events of the game. Along with excellent writing and character development, Luna also has an excellent array of quotes to shower the player with. Some of my favorite quotes from Lunafreya are:

“By their blessings, by the Stars that light the heavens above, our world will be delivered from the perils of the dark.”

This quote will resonate deeply with anyone who hears it. The immense hope and passion throughout showcases Lunafreyas’ values perfectly. There is always a light at the end of the tunnel and with all the hardships that the citizens of Eos are undergoing at the moment because of the game’s event. This quote is sure to lift their spirits!

“Yet I beg you, do not surrender to despair.”

As for this quote, Luna’s personality is shown to a great extent again. The ever-blossoming hope of continuing onwards and Luna represents this through a quote that makes sure the people she addresses in the speech understand how to continue forwards with their journeys.

“On my honor as Oracle, I will not rest until the darkness is banished from our world and the Light is restored.”

Of course, the determination traits are clear too and this quote sums up that in a brilliant sense. The hope for a new future is always there for Luna and once again it shows how great she is at looking out for others.

In terms of the games and other media that Lunafreya has appeared in, there are the following:

Her appearances are always wonderful to observe and to be able to play as her within certain of the other titles is always a joy.

Answer: No, Lunafreya is unfortunately not playable within the experience of Final Fantasy XV.

Question: How many voice actors does Lunafreya Nox Fleuret have?

Question: Will Lunafreya Nox Fleuret make any other appearances in the future?

Answer: This is unclear as of yet but it is likely she will return to some games as a cameo or be a playable character again in some Final Fantasy game spin-offs as has been seen already.

Lunafreya Nox Fleuret is a character that will be cherished forevermore. Standing alongside the other giants of the series, whether it be Noctis, Tifa, Cloud, Aerith, or otherwise. Her devotion to fighting for what matters is crystal clear and this same spirit humbles her with kindness throughout everything she does and says.

Every moment with Lunafreya present was one to remember and whether it be the speech at Altissia or her appearances in other games. She truly has made a bold mark on the Final Fantasy franchise.