Final Fantasy XIV’s Anima Weapons are a series of relic weapons from Heavensward, the first expansion. Relic weapons are fancy upgraded weapons obtained by completing many chores for an enormous number of NPCs.

There are only two reasons to work on a relic weapon from a previous expansion: for achievements and shiny weapons. Also, poetics, the currency you will be spending to get your Anima Weapon, eventually, stop being useful – so why not pay them on a polished weapon?

All relic weapons are broken into multiple quests, and you will need to meet a series of requirements before you can progress to the next. This guide will go through all quests and their requirements in detail.

As with most things in XIV, Anima Weapons are a slow burn – although the process can be rushed with some tricks outlined in this Anima Weapons FFXIV guide, patience is the most critical factor in completing Anima Weapons.

Managing your resources is a significant portion of completing an Anima Weapon from start to finish. Time, Poetics, Gil, and Company Seals can all be used.

Head towards Rowena’s Center for Cultural Promotion in Idyllshire, speak to Rowena (x:5.7, y:5.6), and accept the quest “An Unexpected Proposal.” She will ask you to go on a trip to  and speak with Ardashir, a researcher who has been investigating the creation of artificial life─something he refers to as “anima.”

Yes, this fellow will be the one to craft your Anima Weapons. He and Gerolt that is. Gerolt, in turn, is a blacksmith capable of crafting a series of legendary weapons and relics throughout the game.

Thus, your quest to create one of the most potent and sought-after weapons begins. 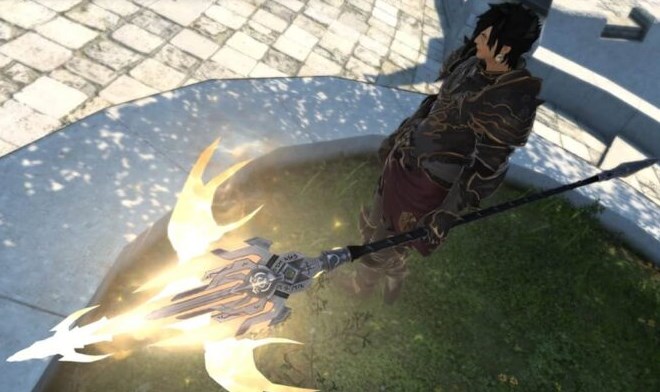 Speak to Ardashir at the Alpha Quadrant, Helix (x:7.1, y:10.5) to begin the quest “Soul without Life,” which asks you to speak to a jeweler who can produce necessary materials for weapon crafting. The jeweler, in turn, will request that you bring her the raw materials.

For this quest, you will need 6 Luminous Crystals. They can be obtained by running FATEs in Heavensward areas. Note that you may not need to run them all to acquire the necessary materials.

With the 6 Luminous Crystals, head back to Sydony and exchange the crystals for the required Nodules. Taking the Nodules back to Ardashir will grant you an Animated Weapon.

Speak to Ardashir again to begin your next quest, “Toughening up.” This time, you will need to clear every dungeon from Snowvault to The Vault using this weapon.

Technically, you don’t need to use the weapon inside the dungeon as long as you exit with your Animated Weapon equipped. If you have something with higher stats that can help you clear the requested ten dungeons faster, go for it. 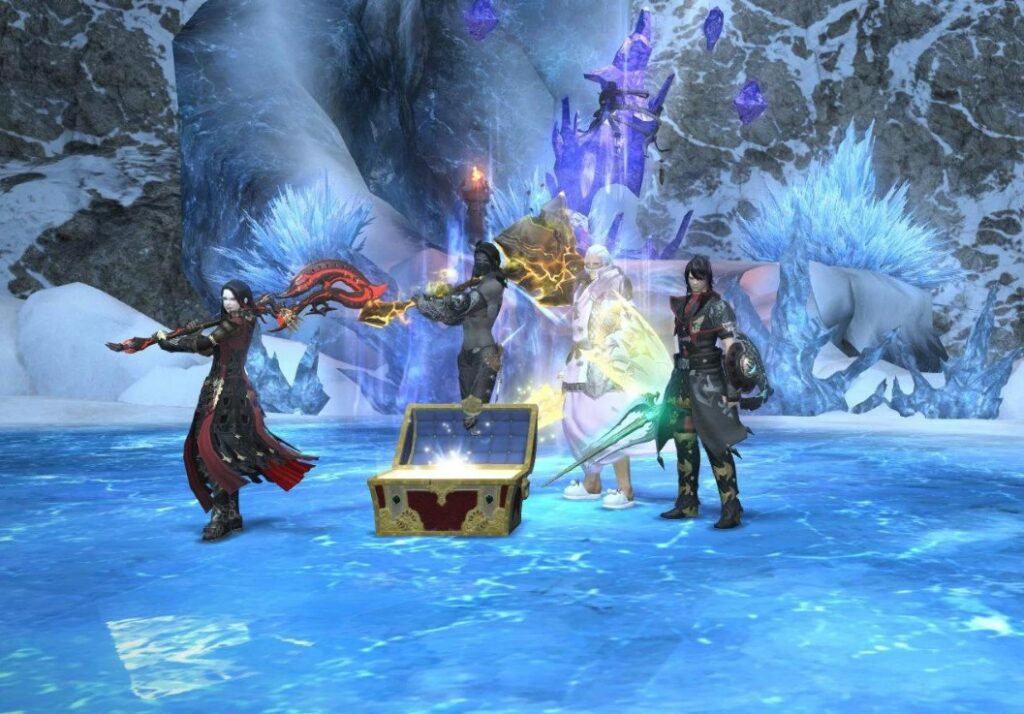 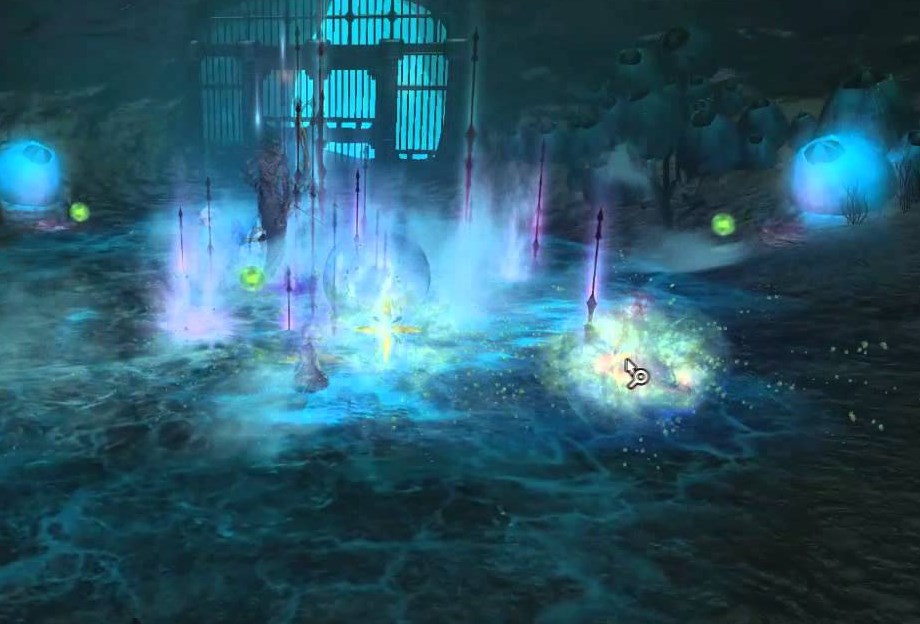 The Sunken Temple of Qarn (Hard) 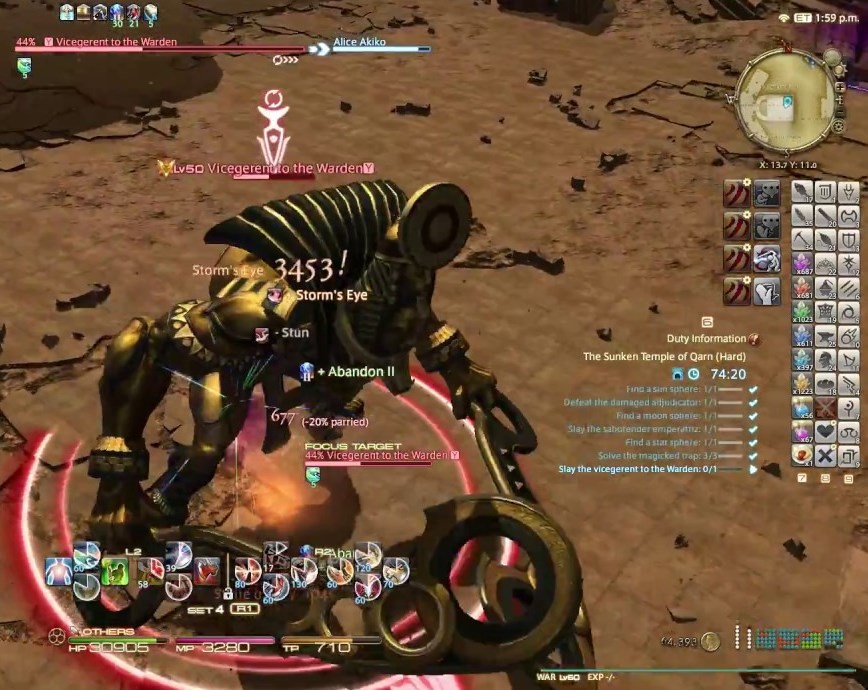 Keeper of the Lake 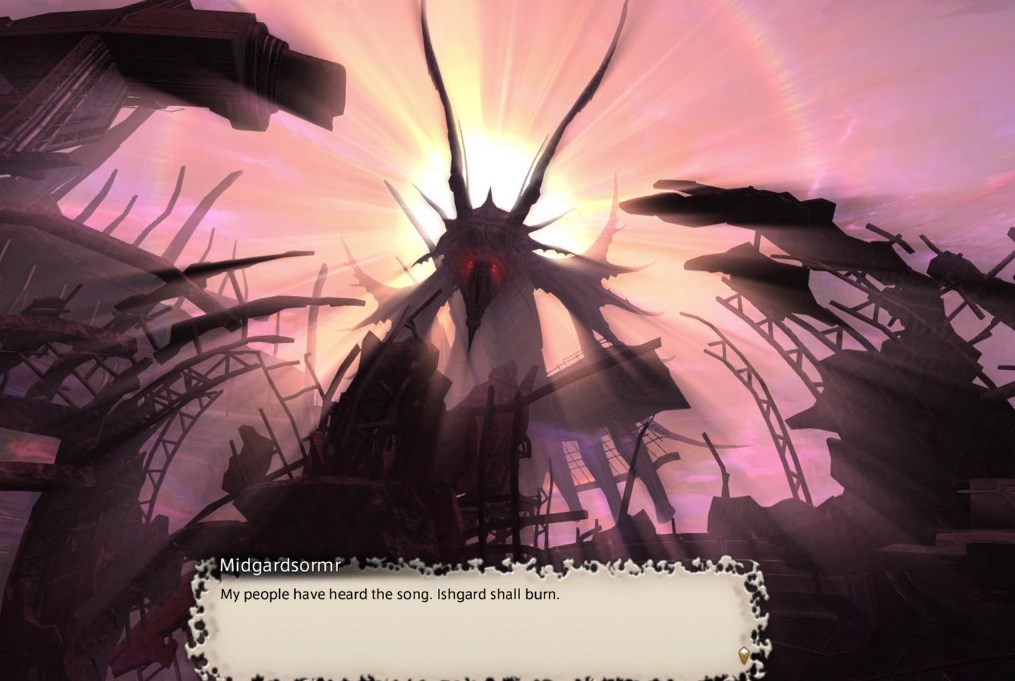 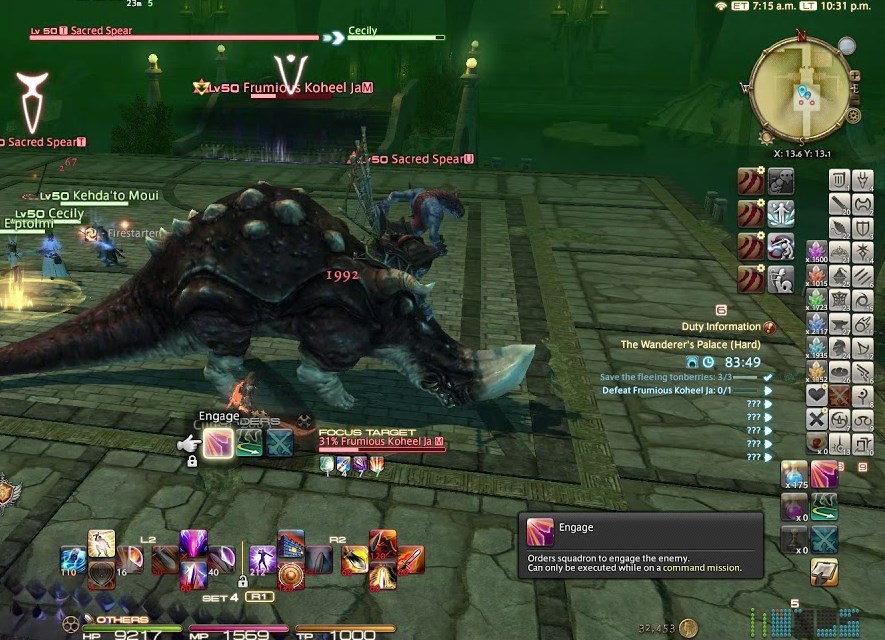 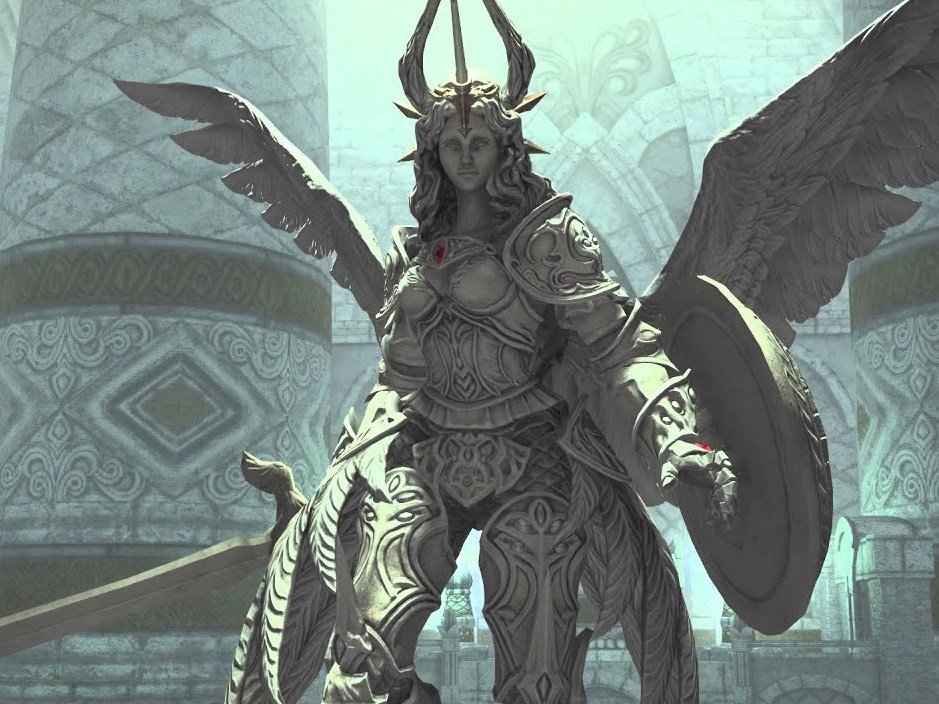 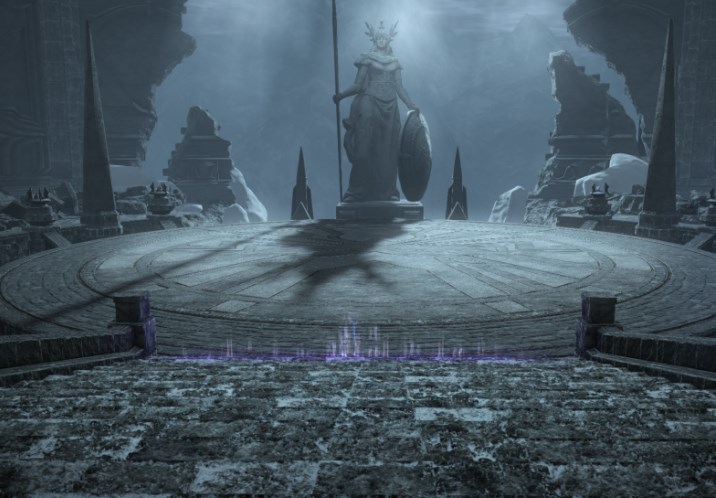 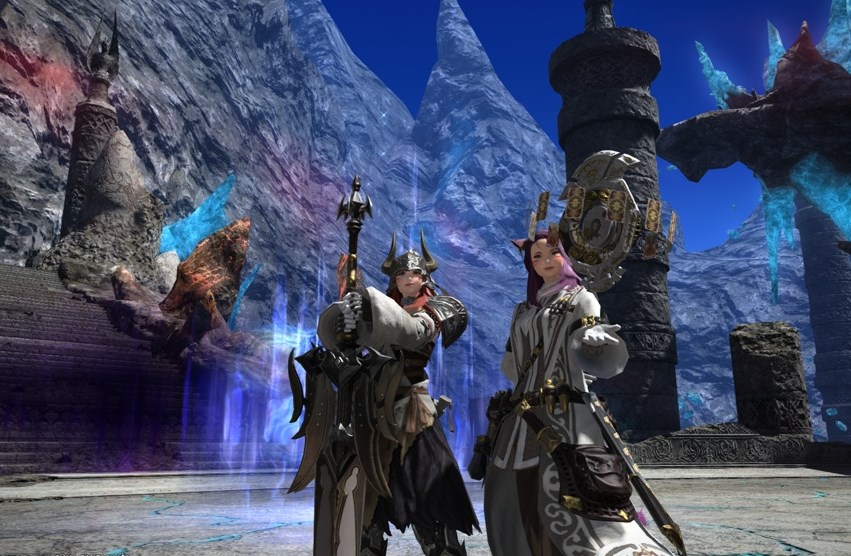 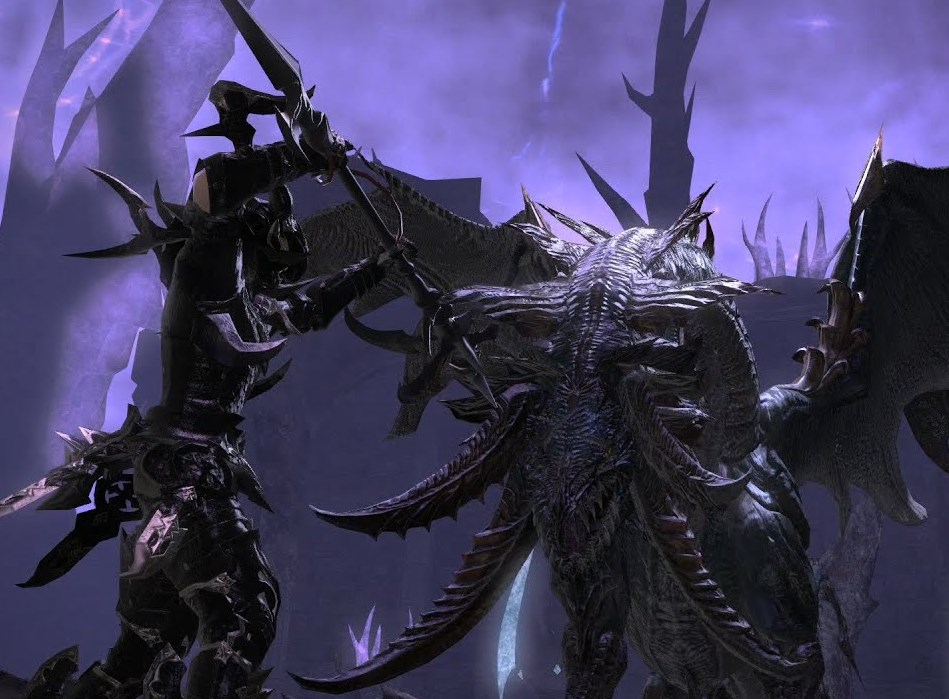 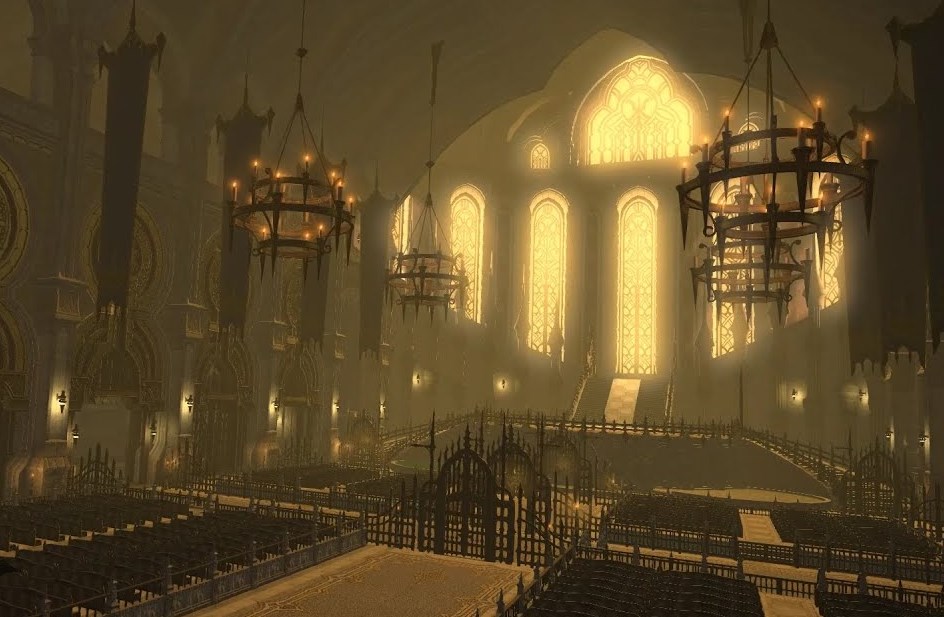 Head back to Ardashir once you have cleared all dungeons to get your Awoken Weapon, which is more or less the same weapon, only it now has some cool-looking visual effects. 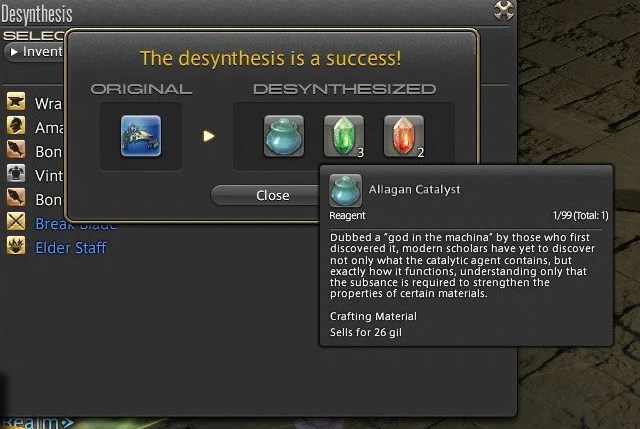 Speak to Ardashir again and accept the “Coming Into Its Own” quest.

Ready for some grinding? Well, you will have to be. To complete this quest, you will have to get an Enchanted Rubber, a Fast-drying Carboncoat, Divine Water, and a Fast-acting Allagan Catalyst from Cristiana, a merchant located at the Revenant’s Toll (x:21.4, y:5.5). Ah, if only she traded these items for Gil. She, in turn, wants you to grab some exotic materials for her.

Though they can be crafted or purchased with Gil, poetics, lore, or esoterics, the optimal strategy here is to go for company seals. Each item will cost you 5000 company seals each, but it will ultimately save you time and effort.

Give these god-forsaken items to Cristiana, and she will hand you the items Gerolt required. 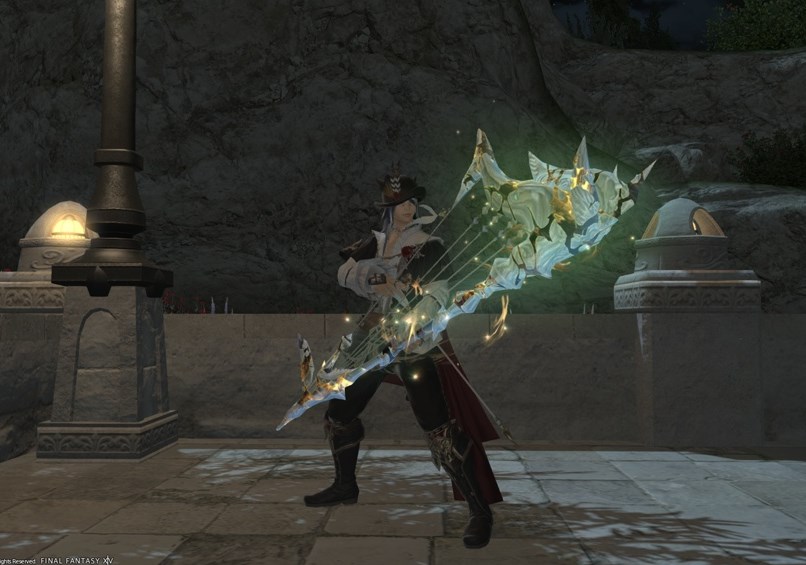 Return to and accept “Finding Your Voice” from Ardashir. You’ll need 5 Aether Oil. The optimal strategy here is to do repeatable weekly quests and poetics.

If you complete the Crystal Tower Weekly quest “The Gift of the Archmagus” from Koh Rabntah at Mor Dhona (X: 21.8 Y: 8.1), you will get one, which saves 350 poetics.

With five bottles in hand, return to Ardashir and get your Hyperconductive weapon.

Ardashir will hand you the quest “A Dream Fulfilled.” This quest will help you allocate the stats of your relic. Before that, you will need to get 60-80 Crystal Sand and 60-80 Umbrite to create Treated Crystal Sand, the necessary catalyst for the process.

Crystal Sand can be obtained by offering several different items to Ulan. You can check what items are required to obtain Crystal Sand by looking at Ulan’s Note obtained from Ulan during the first steps of the quest. You’ll find it in the Key Items section of your inventory. Each trade grants 2 Crystal Sand.

If you have a high-level gatherer, complete the Custom Deliveries, thus capping out on yellow crafter scrips, turning them in for Rowena’s Token (Blue Crafters’ Scrip) in Idyllshire, and in turn, trade them in with Ulan for two Crystal Sand per five tokens (125 Yellow Crafter Scrips).

After you have completed the quest and acquired your ilvl 240 Anima Weapon relic, you can reallocate the stats of your weapon should you feel the need. It’s a simple process, and it only requires Crystal Sand, no Umbrite. 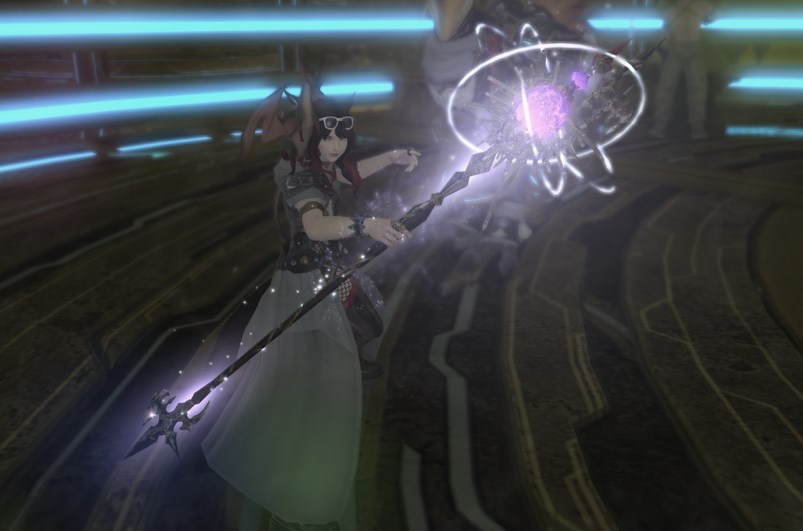 Accept the quest “Future Proof” from Ardashir, who will ask you to get 50 Singing Clusters.

You can obtain Singing Clusters by purchasing them from Hismena, completing the Weekly Quest Seeking Inspiration, or the Daily Ques Cut from a Different Cloth.

This step shouldn’t take too long. You should do the Weekly Quest, which requires you to complete three Duty Roulette: Leveling. The other 32 Singing Clusters are only 1280 poetics.

Once finished, return to Ardashir and get a glowing version of the Reconditioned Weapon.

Accept the quest “Born Again Anima” from Ardashir, who will first ask you to clear three level 60 dungeons: The Lost City of Amdapor (Hard), The Great Gubal Library (Hard), and Sohm Al (Hard).

Once you have cleared these dungeons, you will have to pick up two additional quests: one asks you to bring 15 Pneumites, and the other sends you off to acquire Aetheric Density by completing duties with the weapon equipped.

One asks you to bring it 15 Pneumites (see above on how to get them), the other sends you off to acquire 2000 units of Aetheric Density by completing duties with the weapon equipped.

You can purchase the Pneumites from Hismena; they cost 100 poetics each.

As for the Aetheric Density farming bit, you will need to grind your way through it. With your weapon equipped, you can earn aetheric density by running various Heavensward activities, including FATEs, dungeons, trials, and raids.

With both quests completed, head back to Ardashir to receive your Complete Anima Weapon! Their glows have unique designs, and all of them look great. 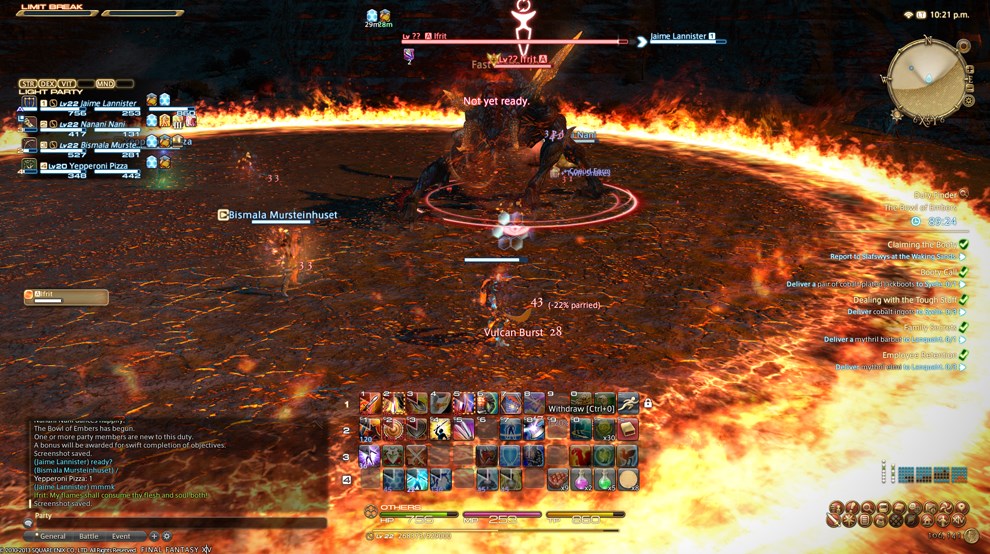 If you thought that was the last step, you were wrong. There is still one more thing to do before your Anime Weapon is complete.

Ardashir will ask you to complete two one-time fetch quests: “Body and Soul” and “Words of Wisdom.” Then, you will receive your final quest, “Best Friends Forever,” which asks you to complete 12 trials with your Anima Weapon:

You will need to purchase an Archaic Enchanted Ink with 500 Allagan Tomestone of Poetics from Hismena in Idyllshire.

Return to Ardashir with the Archaic Enchanted Ink, turn it in, and reward you with the final relic weapon in Heavensward!

Question: Are Anima weapons worth it?

Answer: Stats-wise, Anima weapons can easily be replaced for other weapons later in the game. However, if you are looking for a glamorous weapon and motivation to complete most of the game’s side content, you are in for a treat.

Question: How do I get Company Seals?

Answer: If you have not already, get in the habit of turning dungeon gear to your Grand Company for company seals. They can be spent on a myriad of valuable resources and can save you a ton of poetics or Gil when it comes to specific stages of Anima Weapons. If you’re not ranked up far enough to do that… now’s a good chance!

Question: How can I get Anima Weapons?

Answer: Anima Weapons are acquired through a quest chain that is unlocked at level 60 for Disciples of War and Disciples of Magic, who have completed the Main Quest Scenario Heavensward.

The Anima Weapon questline to obtain the relic is much more enjoyable than what other relic’s have to offer. That being said, it does require loads of effort to get to the final step.

Also, if you do not push yourself to complete the weapon in a rush, you can acquire poetics passively as you play along. Doing it that way lets you finish it without any real effort being put into it.

It really is a choose your own adventure situation, but you will always have a glamorous, cool-looking weapon at the end.