In this Rufus Shinra guide, we’re going to take a closer look at this Final Fantasy character.

Rufus Shinra is one of the well-known villains in Final Fantasy VII. He is the son of President Shinra and is also the Vice President of Shinra. After Sephiroth killed President Shinra, he stepped on the mantle as the president and led the Shinra Electric Power Company to oppose Cloud and his rebellion group called Avalance. While all this is happening, he is also trying to pursue Sephiroth, a legendary SOLDIER first class who went AWOL during the incident at Nibelheim.

With all of that said, let’s take a look at Rufus Shinra’s lore, boss battle guide, and everything you need to know about him! 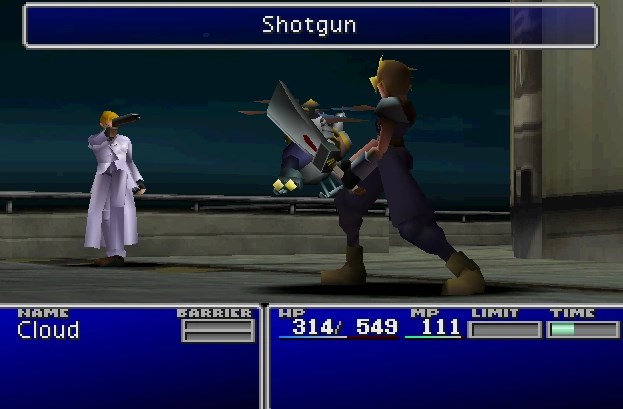 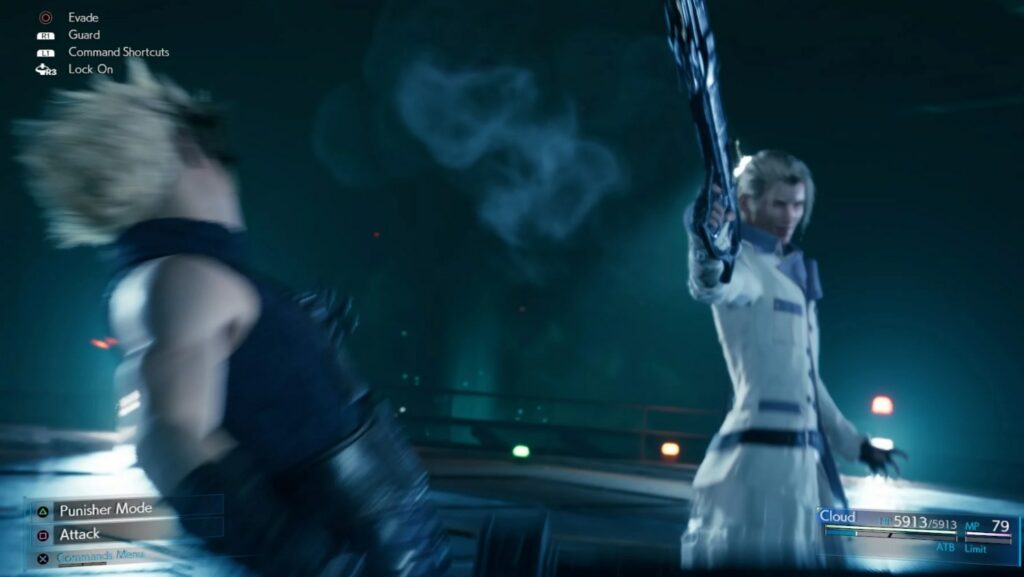 Rufus Shinra fights with his pet named Dark Nation and supports him from time to time. Dark Nation usually casts a Barrier on Rufus at the beginning of the match, which lessens the amount of physical damage Rufus takes about a half.

You’ll be taking on Rufus as Cloud only for this fight. It’s a fairly straightforward fight, but first, you need to make sure that you target Dark Nation first. A single-use of Cross-slash will easily take care of Dark Nation.

Lastly, if Cloud has Bio, use it against Rufus to slowly whittle down his health. After taking a few hundred of damage, Rufus flees using the helicopter.

Upon defeating Rufus, he drops Protect Vest 100% of the time. 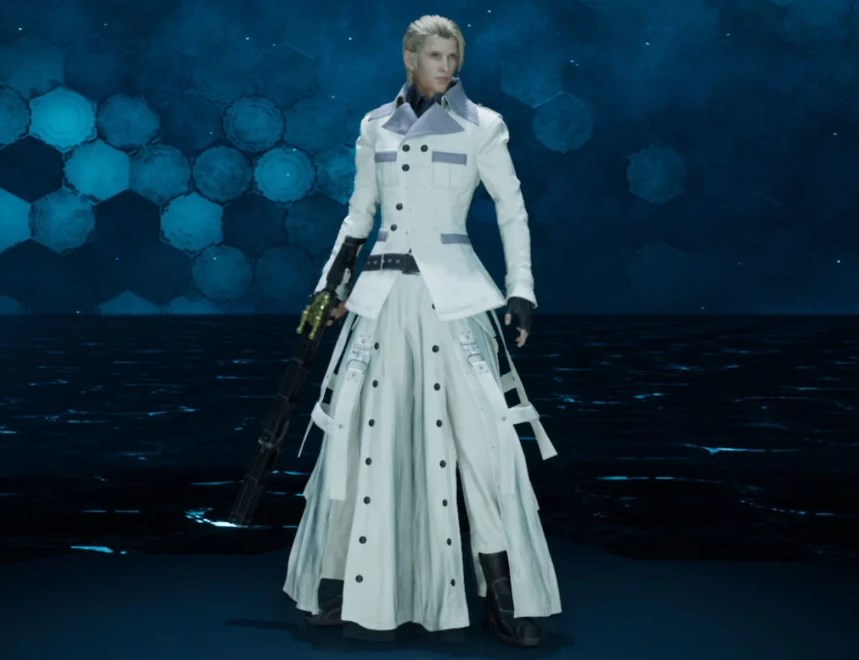 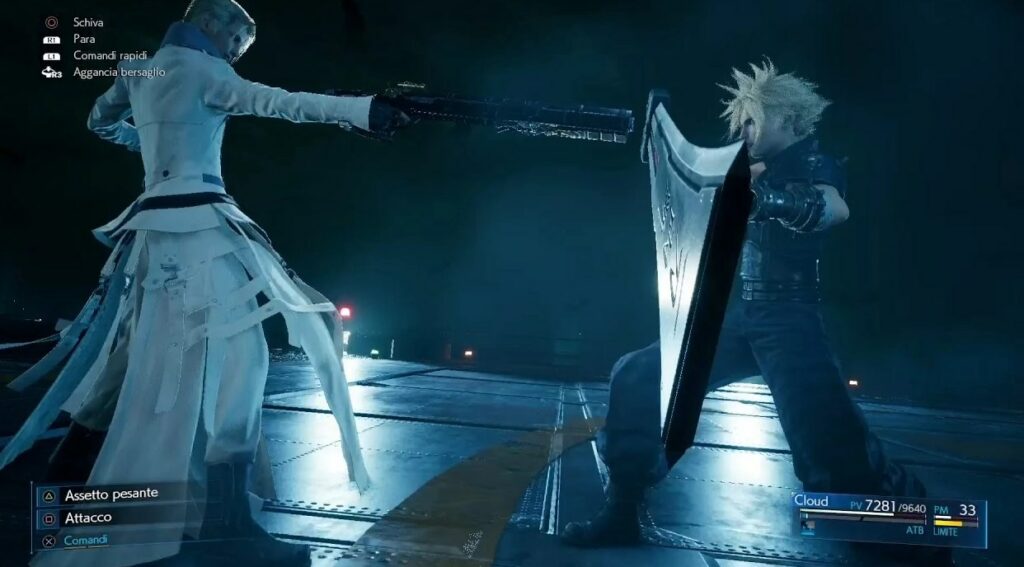 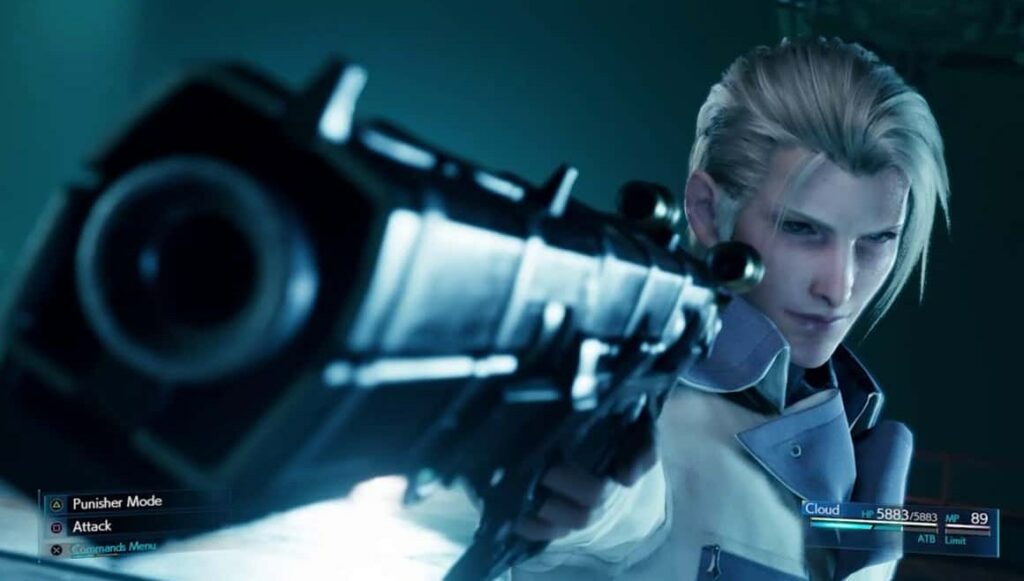 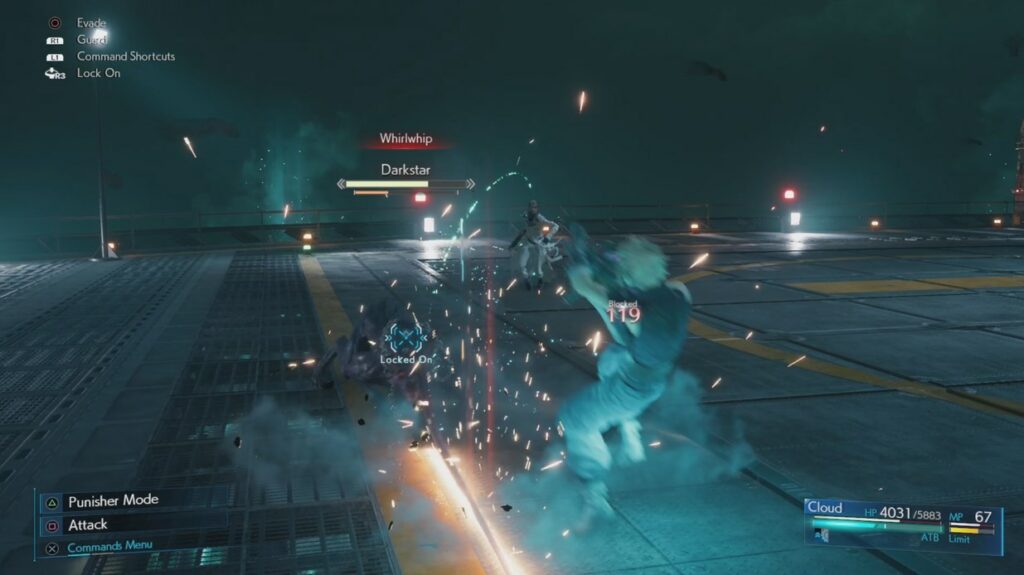 Like the original game, Rufus fights alongside his hound, renamed Darkstar, and again, a two versus one fight against Cloud. If you decide to attack Rufus directly at the start of the battle, a short cutscene will play, reminding the player not to focus on him as Rufus will only counterattack Cloud every time. Rufus has three phases in this fight, and as usual, Rufus gets more and more dangerous and widens his move set with every stage.

Rufus relies mainly on Darkstar to engage a combo through the Heel ability, which shows the connection between Rufus and Darkstar. Throughout this phase, Rufus will primarily command Darkstar to attack Cloud, and then he will follow up with a complementary attack of his own.

To progress to the next phase, players must focus on Darkstar first and get him to half of his health bar. Be careful, as unleashing a barrage of attacks on Darkstar will cause Rufus to interrupt you by blasting you away with his shotgun.

A cutscene of the helicopter leaving signifies the beginning of the second phase. Rufus now has a broader array of abilities, most notably Bright Lights. Here are some things to keep in mind for the second phase.

Same as the first phase, players must continue to whittle down Darkstar’s health bar until he dies, which signifies the start of the third phase.

At this stage, Cloud and Rufus will have a showdown. Rufus will be much more aggressive than in the previous phases. He can do fast ground dashes and even midair dashes. Rufus zigzags through the battlefield to quickly close in on Cloud. Be very careful in this phase, as he can still counter you from time to time. The only safe time to attack Rufus is when he is reloading his shotgun, but he can easily counter you if he’s not reloading. 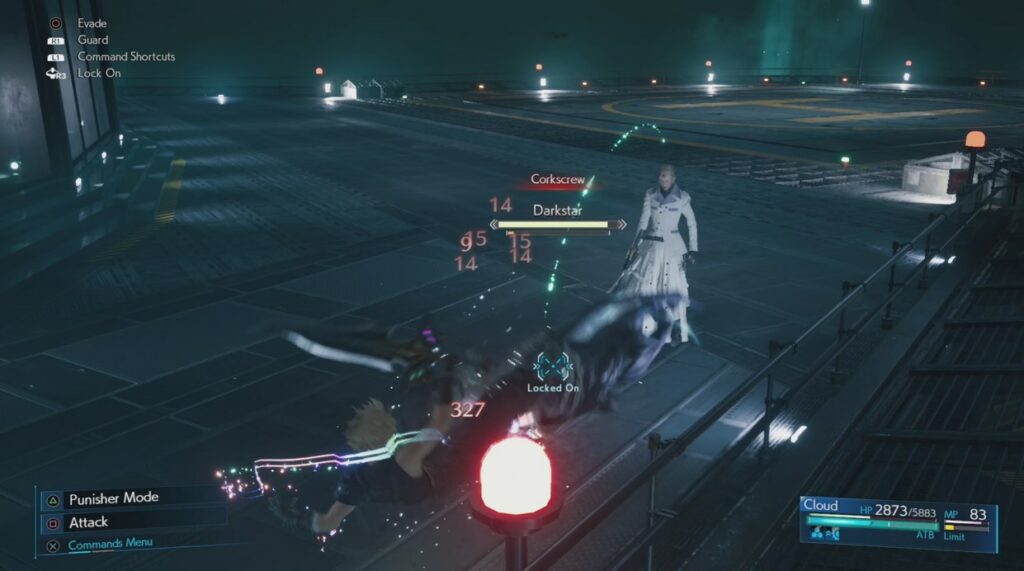 Back then, Rufus is actually conspiring with Avalanche as their leading financier and a spy who provides the information about Shinra’s plans. However, Rufus was only using the Avalanche to gain access to his father’s power and take over Shinra altogether. At that point, Shinra figured out that there was a traitor within them; however, they still had no idea who the traitor was.

During at attack on the Old Corel, the Turks, an investigation sector of Shinra, were able to apprehend Rufus and used him to save the Turks’ leader Verdot and Avalanche’s leader Elfe. President Shinra having no options left, saves Rufus and lets Elfe and Verdot go. President Shinra ordered the execution of The Turks for insubordination; however, Rufus had them spared since Tseng allegedly “killed” Verdot and Elfe. After conspiring to kill his father, Shinra placed Rufus under house arrest instead. 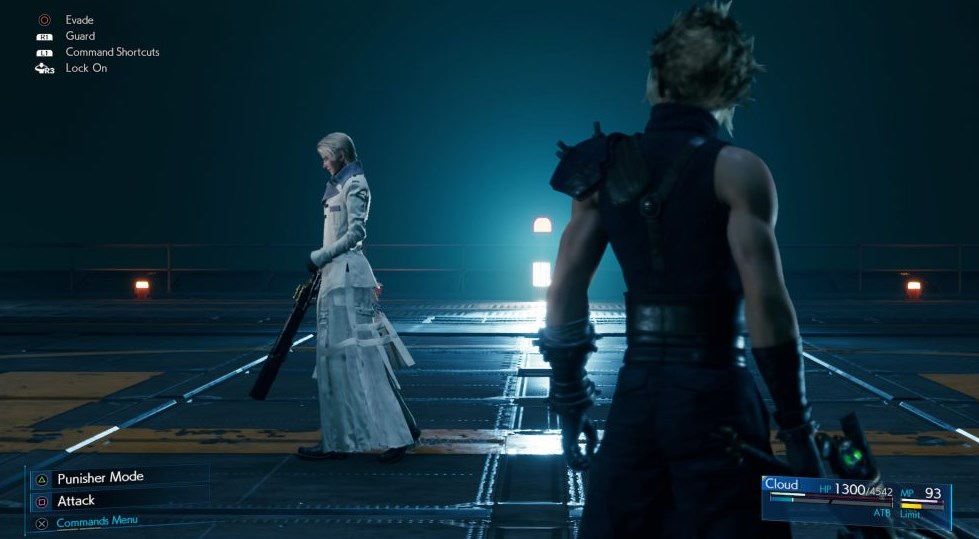 Rufus ordered the full military force of Shinra to pursue after Sephiroth, and have the Turks keep a close lookout on Cloud and his group, the Avalanche. During an encounter with the Avalanche, Rufus and the Turks captured Tifa and Barret. Rufus wants to publicly execute the two to alleviate the mass fear of the incoming Meteor. However, his plan to kill them failed due to the Sapphire Weapon attacking Junon.

Once again, Rufus has another plan up his sleeves; destroy the meteor, unleash and defeat Sephiroth himself. Rufus fails to blow up the meteor and moves Sister Ray Mako to Midgar to beat the defensive barrier protecting Sephiroth. As he tried to launch the cannon, Diamon Weapon approached Midgar and launched a relentless assault, destroying the Shinra Headquarters.

Having his life flashed before his very own eyes, Rufus miraculously survived the attack through a secret tunnel system that his father created and fled to a nearby town called Kalm.

Answer: I highly believe that for an average human to go toe to toe with a SOLDIER First Class and hold his ground is an incredible feat. Rufus Shinra is powerful for an average human who did not receive any Mako infusion or came from any experiments to enhance his strength. However, he is pretty weak in the whole Final Fantasy VII world realm.

Question: How Can You Easily Beat Rufus Shinra on Hard Mode in The Remake?

Answer: Triple Slash is the way to go. As soon as Rufus tries to approach Cloud, cast Triple Slash again to stop him. Rinse and repeat this for Rufus’ second phase. Once you see Rufus casting any of his distance-based attacks, immediately cast Stop on him. At this point, you should have stagger-locked Darkstar and can quickly kill him. A perfect scenario of killing off Darkstar would be to have two full ATB bars. At the start of the third phase, immediately cast sleep on Rufus. After Rufus falls asleep, cast Braver on him, which should stagger him, and then use the punisher combo followed up by another Braver attack, and the fight’s basically done.

Answer: Yes, Rufus is still alive by the events of Final Fantasy VII: Advent Children. In fact, Rufus invited Cloud to see him, only to find out that Rufus had been bound to a wheelchair for almost two years under the Turk’s protection. Also, he renounced his past cruelties and wanted to undo the destruction that his company caused the world.