Kefka is one of the most iconic villains in the Final Fantasy franchise, apart from Sephiroth (Final Fantasy VII) and Yu Yevon (Final Fantasy X). Kefka Palazzo is an intimidating figure, which prominently introduces a Joker-like character in the series. Manipulative and ruthless as a villain can be, Kefka separates himself from other villains by completely disregarding life of others.

Kefka strikes down even his allies without hesitation, as long as it benefits him. Lastly, Kefka caused a cataclysm that killed countless lives to become a God on his terms.

Our Kefka guide will get to know Kefka through his backstory and a share few guides that can surely help you defeat this psychopath of a villain!

Kefka is the very first experimental knight of the Gestahlian Empire. The experiment had lapses that affected and damaged Kefka’s thought process, causing him to take on a Joker-Esque psychopath who has no remorse for life.

Kefka became very unpredictable and eventually betrayed the Emperor of Gestahl, the same person who hired him as a court mage. He finally manipulated the Warring Triad to become the God of Magic and use the power to destroy the world and turn it into ruins.

Kefka has long hair, blonde, and tied into a ponytail. Kefka is also slender, with a height of 5 Ft and 5 Inches (167 cm) and a weight of 48 Kg (105lbs). Kefka wears a robe to match his jester-Esque look with multiple colors.

Upon achieving the power of a God, Kefka has an all purple hue to his skin and even his wings but still has his signature blonde hair and his headdress. Kefka has three sets of wings, with the middle pair being much longer than the top and bottom set of wings. 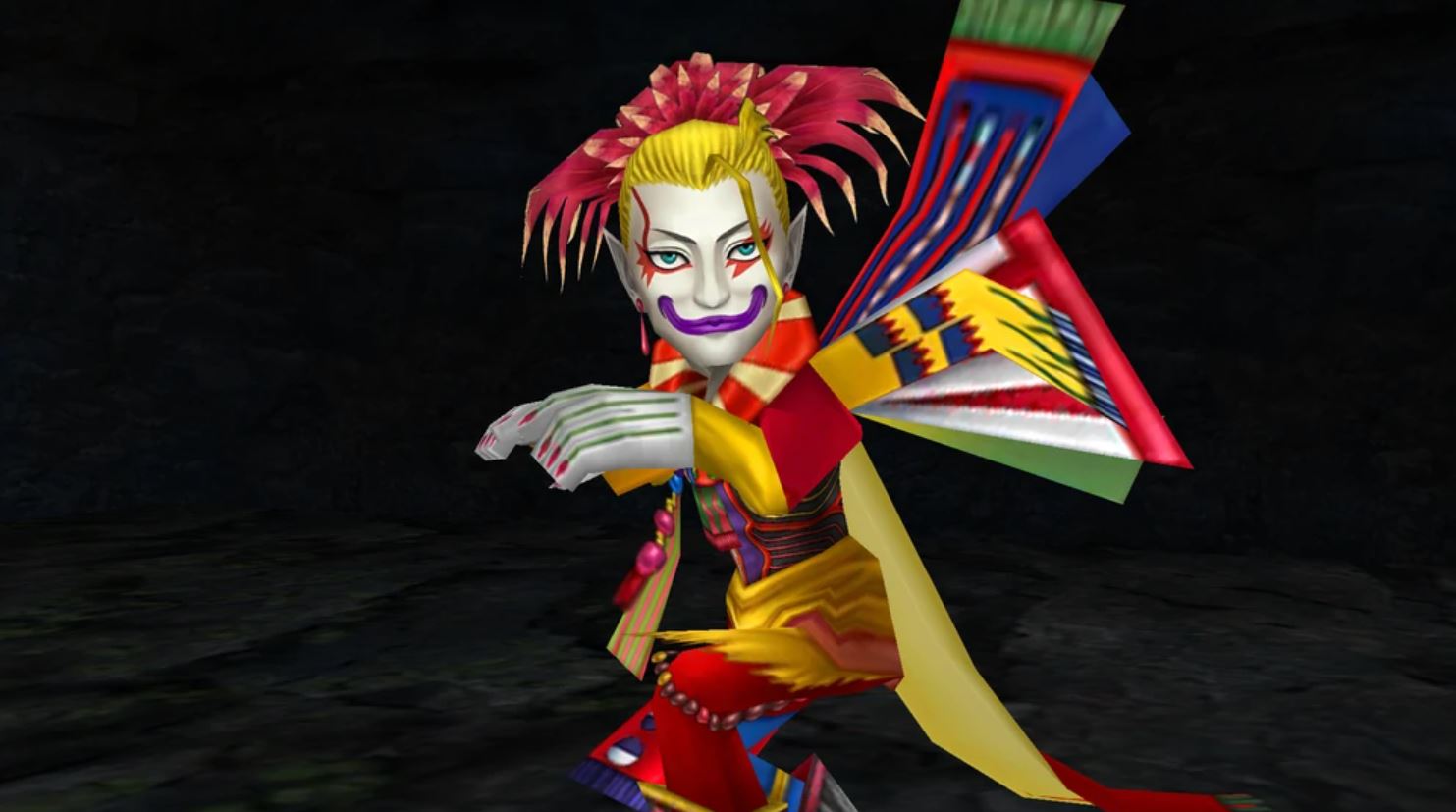 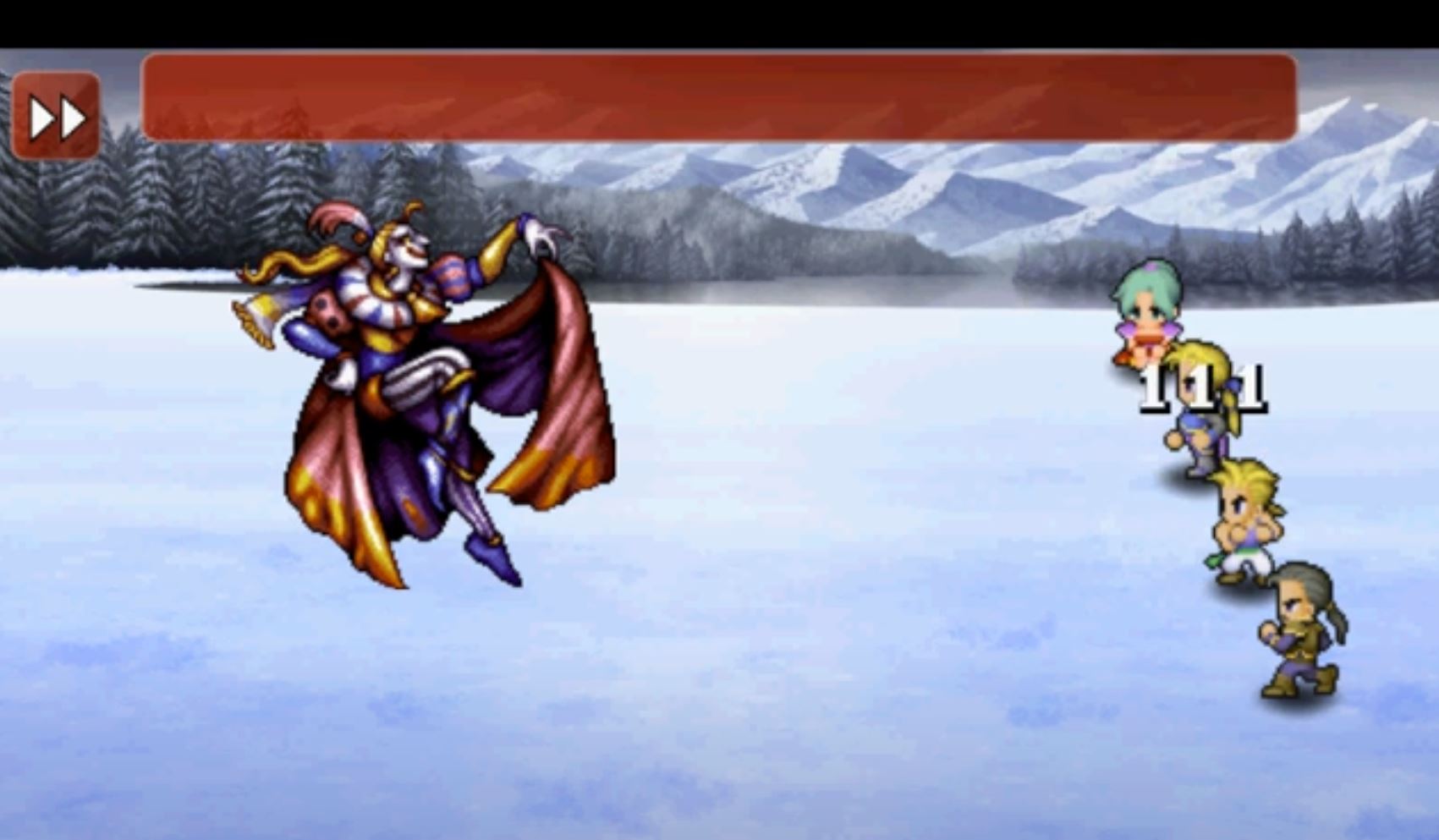 Players will meet Kefka at the southern end of the maze-like pathways in the Narshe snowfields. After defeating the soldiers, they must fight and defeat Kefka to push through. 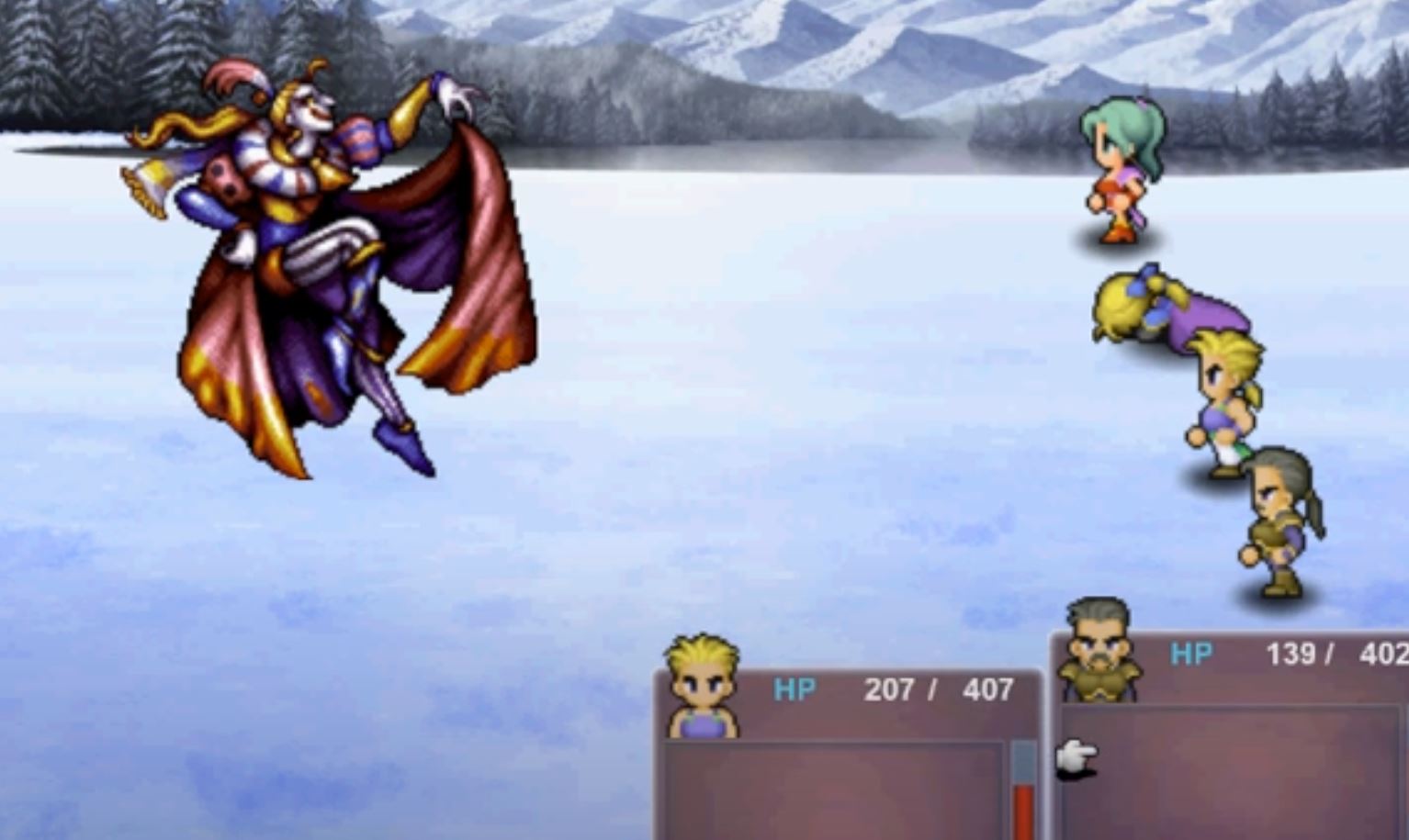 For the Narshe fight, Kefka uses potent magic like Blizzara, which can instantly kill one of your Final Fantasy characters at this point of the game. However, if Blizzara is cast amongst the entire party, it’s not as lethal, but still, it can set you back a couple of turns to fill up your party’s HP. Kefka also has access to moves such as Poison, Drain, Thunder, and Blizzard, which are not that powerful but can manage to kill your party if you’re not mindful of the constant damage done throughout the battle.

The best way to fight Kefka is by bringing Celes into the party, as she can completely nullify Kefka’s magic spells with her special command called Runic. Runic absorbs a magic spell with her sword and replenishes her MP after absorbing the spell. Kefka is vulnerable to the Stop status, which is accessible through the Acrophioes Rage (Gau’s Rage), and it pretty much makes the fight much easier and more manageable.

Here are some other viable party members that you can take with you on this fight: 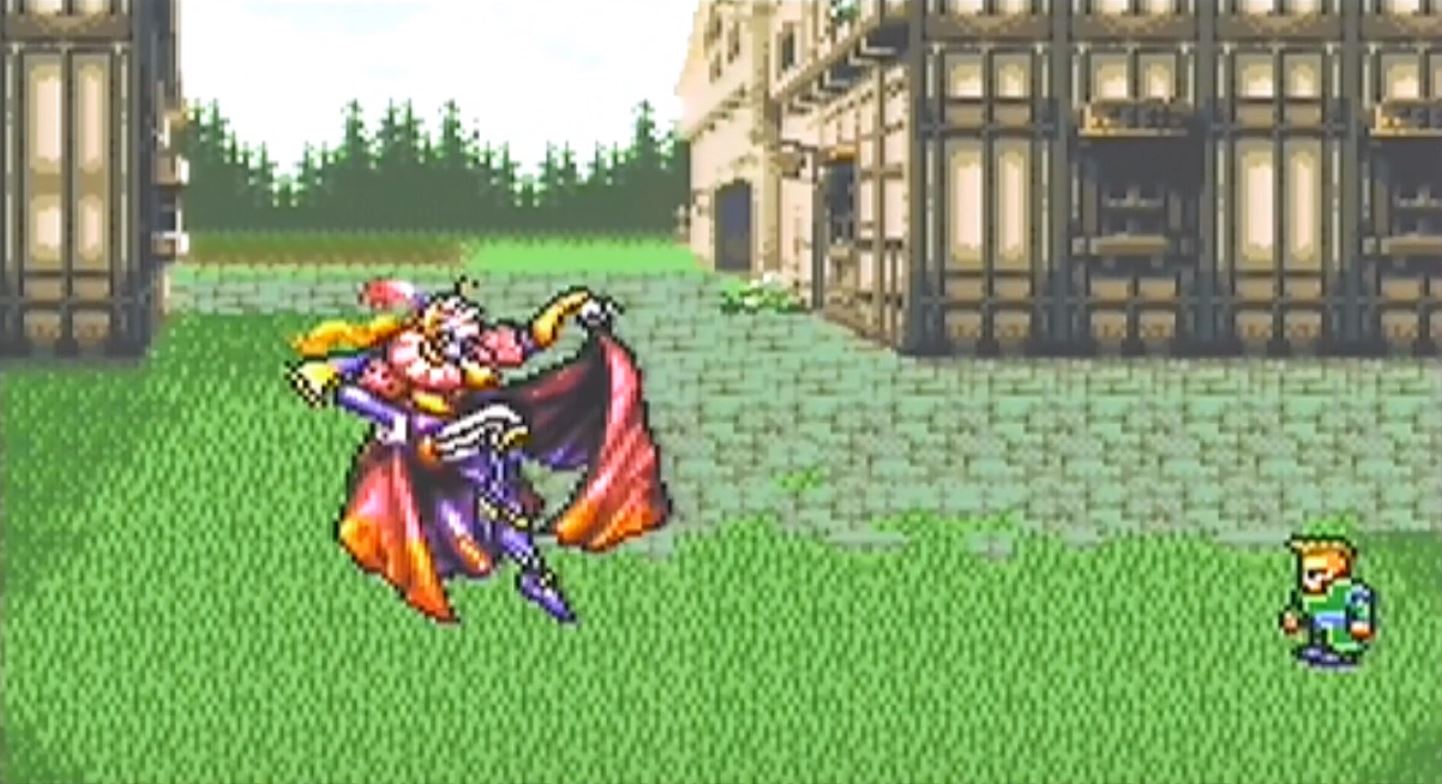 In this fight with Kefka, you’ll be using General Leo as he defies Kefka’s schemes once and for all.

You’ll begin fighting Kefka as General Leo alone, in which the fight ends in a cinematic scene. Kefka uses potent magic here as well, like Firaga; however, General Leo will come equipped with an Aegis Shield, which has a chance of blocking Kefka’s spells. Equipped with the Master’s Scroll, General Leo can attack over four times in a turn, making him inflict over a thousand damage per round, and after a few rounds, he finally defeats Kefka, or does he?

A cutscene plays, and Kefka reveals that General Leo was only fighting an illusion, and then Kefka proceeds to kill General Leo. 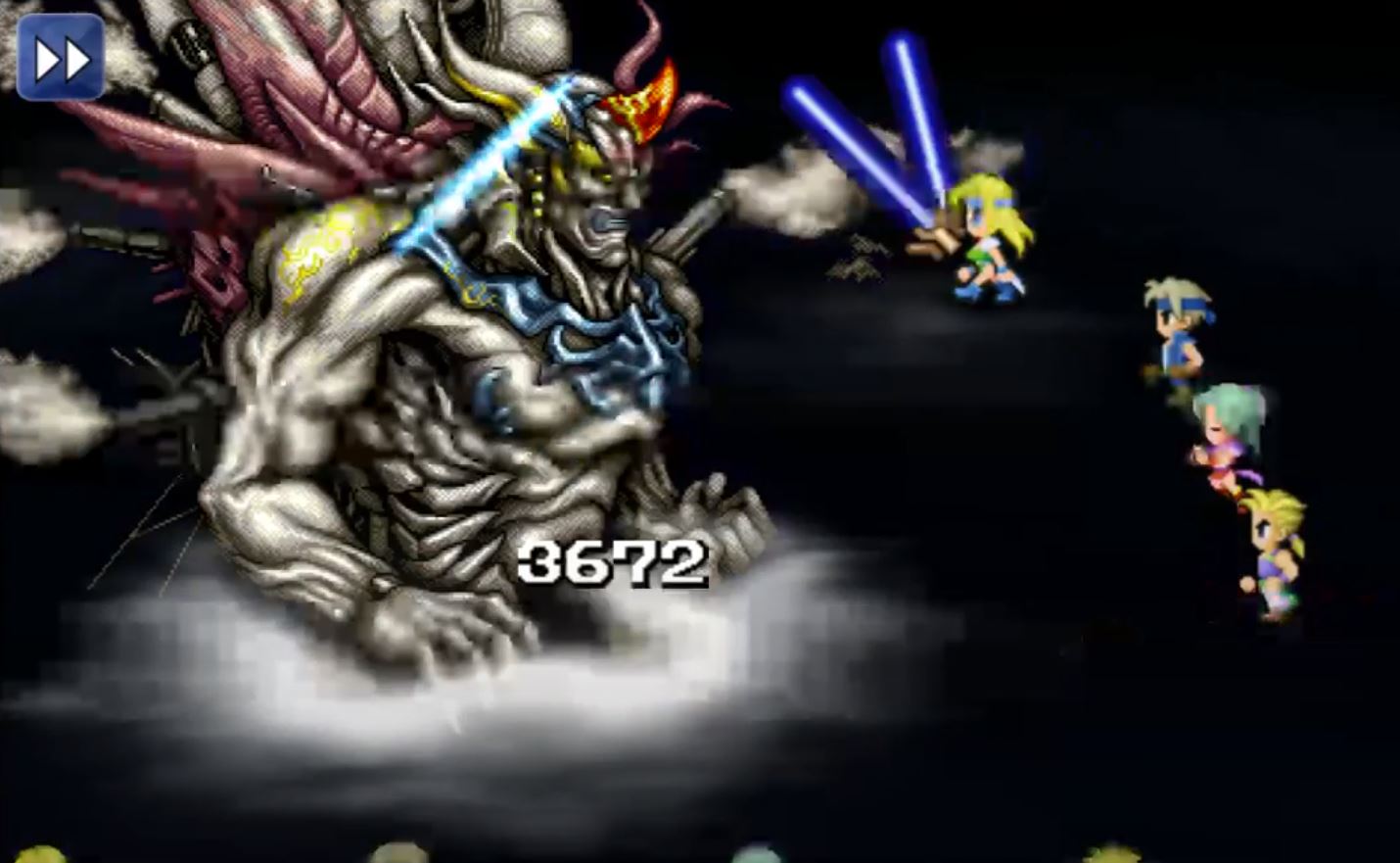 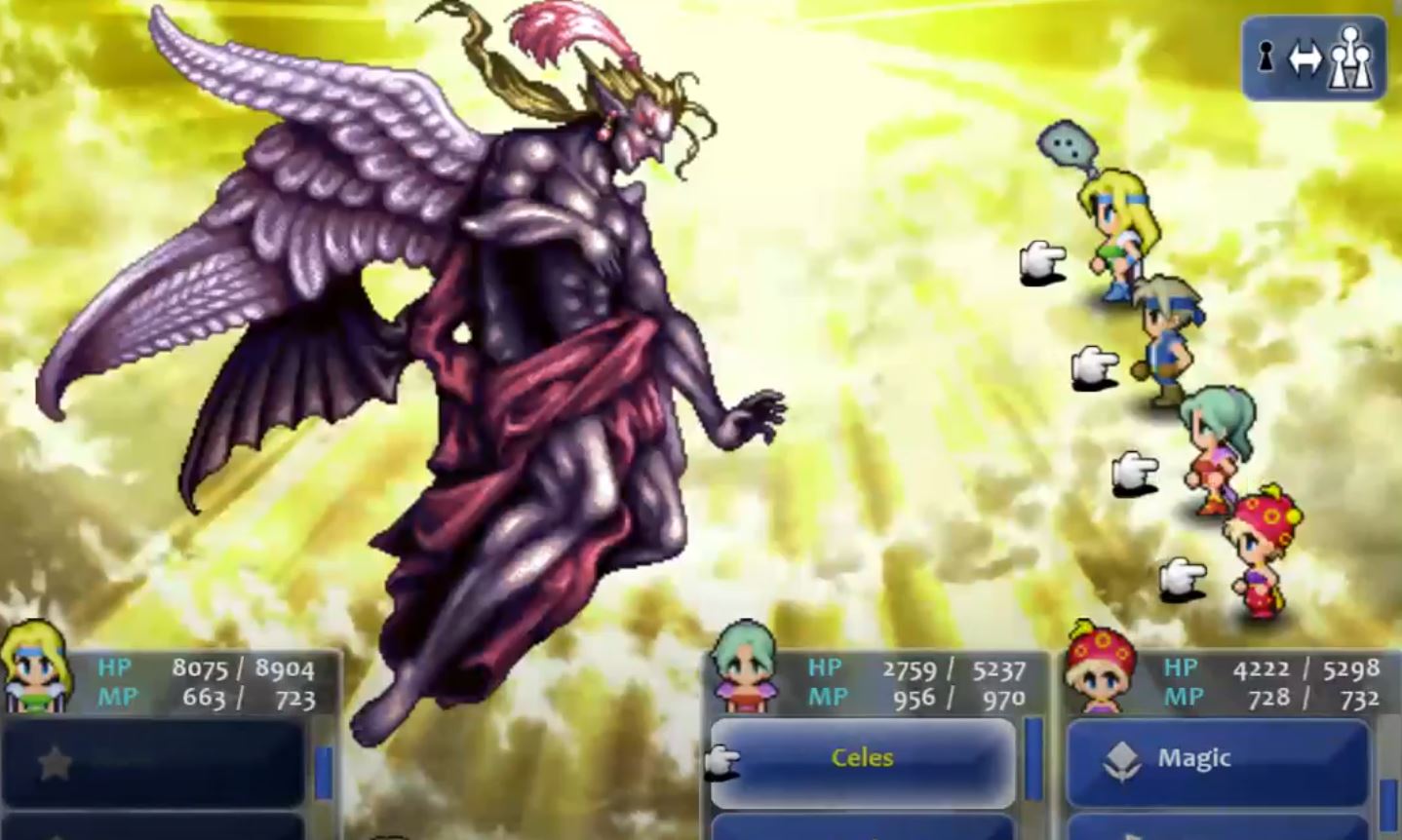 This battle consists of several phases, fitting as the game’s final battle. Keep in mind that Kefka always uses Heartless Angel on his first turn. Heartless Angel is Kefka’s iconic attack, reducing the entire party’s HP to 1. Kefka often uses Firaga, Blizzaga, and Thundaga, but sometimes he also uses a powerful physical spell named Havoc Wing. Be careful about the Havoc Wing since this can quickly kill one of your characters, be prepared to use phoenix downs whenever your character gets downed from a spell. Also, make sure to stock up on Echo Herbs, Remedy, and a character in your party who has Esuna; this is primarily because of Kefka’s spell called Trine, which inflicts Blind and Silence on the entire party.

Once you’ve inched your way towards half his health, Kefka signals the start of his second phase by using his ultimate attack called Forsaken. Forsaken is a two-turn attack that begins with Kefka stating, “The end draws near…” in the first turn, and then following that, the background starts to shake. Kefka then unleashes this attack on the next turn, which does lots of non-elemental and unblockable magic damage to the entire party. Although the Forsaken has devastating damage, it still doesn’t compare to his last triumph card. After Kefka casts Forsaken for the first time, the succeeding turns will likely be Trine or Vengeance. Once you whittle down his health a bit more, Kefka will begin to counter every attack thrown at him with a powerful magic spell that ignores defense; the attack is called Hyperdrive.

Kefka begins his third phase when he has about 12% of his HP left. You can recognize this if he starts alternating between casting Forsaken and Meteor. Also, he changes his counter to Ultima at this point. Be very careful at this stage, as Ultima can easily one-shot your character. The only opening in this phase to attack is when he casts Forsaken, and while he is charging the said attack.

Kefka is one of those characters in the game that plays a lot differently from others. Players should treat Kefka as a character set out to trap opponents with a barrage of spells. He is highly excellent in dealing with Bravery damage, and with the proper setup and a good knowledge of him, you’ll be able to fill his Bravery meter very fast. Square Enix built Kefka to stand out as his skills are slow yet deceiving. Many players don’t know how to use them properly, but he is all about deception, trapping enemies with a decoy attack (which forces them to dodge), and landing a solid attack afterward.

Here are some pros and cons when using Kefka on Dissidia:

This setup is only a general recommendation, but you can switch it up as you please.

Meanwhile, here are the recommended accessories for Kefka: 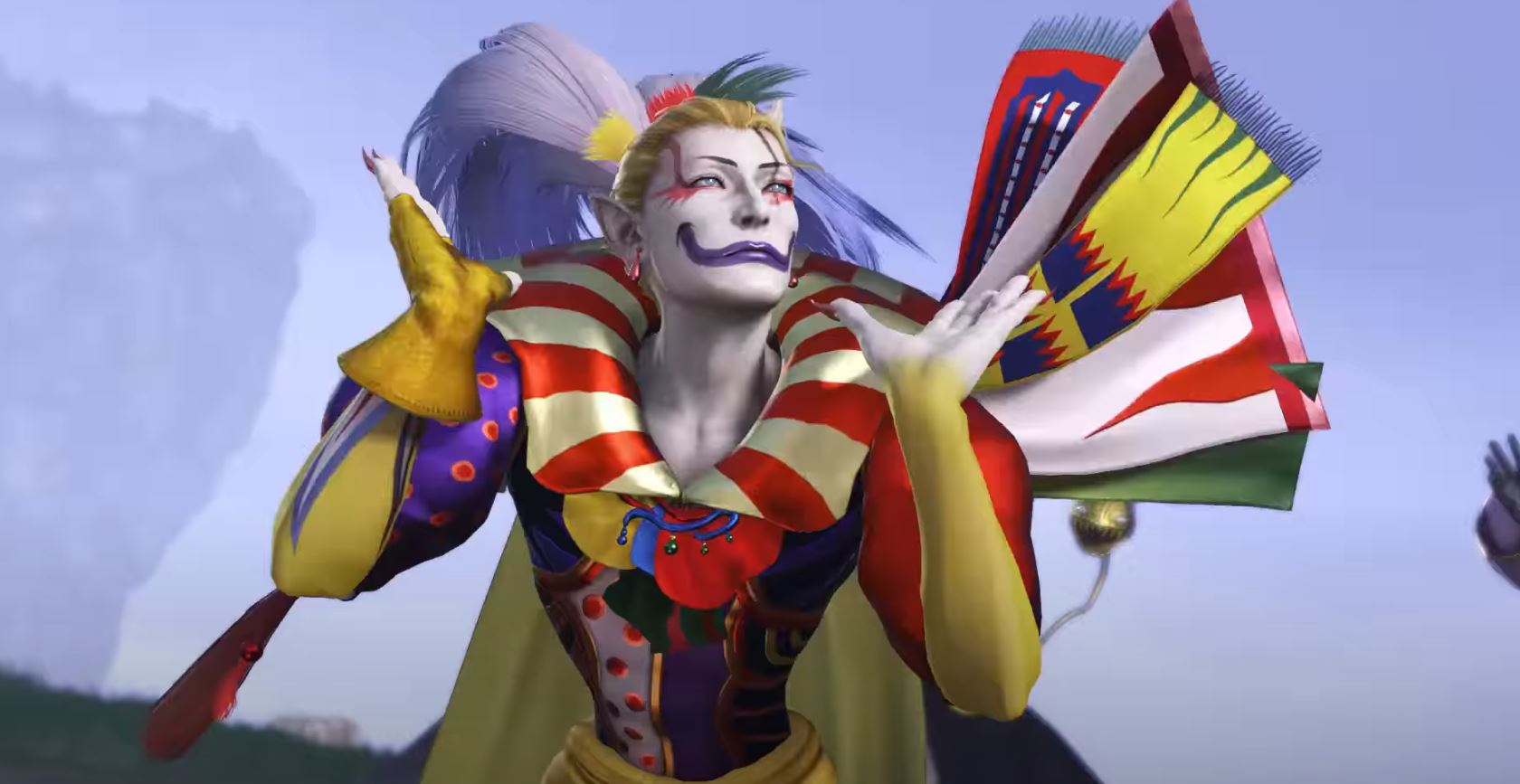 Question: Is Kefka Better Than Sephiroth?

Answer: This opinion is subjective, but I highly feel and think that Kefka is a better villain than Sephiroth. In terms of story-telling, writing, and villainy, Kefka wins by a landslide. I think Kefka is one of the most well-written villains in all of gaming, and he is iconic for that reason. However, many people seem to love Sephiroth more because Final Fantasy VII became more mainstream than Final Fantasy VI.

Regardless of brute strength or who would win in a 1v1 battle, in terms of character, Kefka takes the cake. Plus, he literally became a God, which was his main goal throughout Final Fantasy VI.

Question: Did Kefka Destroy the World?

Answer: Yes, Kefka was the only villain in the entire Final Fantasy franchise who was able to bring chaos to the world as a whole. Once Kefka became a God, he rained down destruction on the planet, transforming it into a world called the “World of Ruin.” This destruction caused many people to die in the process. After the main protagonists defeat Kefka, the people who survived had the responsibility of rebuilding the world.

Question: Who Is The Strongest Final Fantasy Villain?

Answer: I highly believe that Kefka Palazzo‘s God form is the strongest form out of all the villains in the Final Fantasy universe. Kefka became The Creator, literally, and I still believe that this form will demolish Safer Sephiroth. Although this is all just in theory, as we will most likely never see these two battle each other, either of them can take the top spot as the strongest villain in all of Final Fantasy.

Kefka is one of the top-tier villains in Final Fantasy and has won over several critics due to his devious antics and disregard for human life. These are everything that we know so far from Kefka. Is there anything else that we missed? If so, leave them in the comments below and let us know!

Here are some other great reads as well!