Final Fantasy XIV is one of my favorite video games of all time. Every patch adds something that makes me excited to play again. While there is a lot to love about Final Fantasy XIV, the glamor and the NPCs are two of its greatest assets. One of my favorite cosplays I have done is Gaia from FFXIV. I would have taken on something bolder if I had the time to prepare, but it was a fun goth transition from my usually bright palette.

When it comes to most Final Fantasy cosplay, it can be highly overwhelming to imagine choosing a cosplay. All of the characters in Square Enix games are so complex. But that’s what FFXIV changes in the best way possible.

There are custom characters in the game, and there are NPCs with casual armor sets, making it easier to replicate their outfits. No matter your skill level or experience playing Final Fantasy XIV, there are certain FFXIV cosplay ideas that you can master.

What Is Final Fantasy XIV Cosplay?

Final Fantasy XIV is a 2010 MMO with new patches (updates) every few months. The game has over 30 million players who play the game each month and over 3 million who play every day. The only games that rival it are games like Minecraft, PUBG, Fortnite, and League of Legends. All of these games are popular subjects of cosplay, but in my opinion, Final Fantasy XIV has the best cosplay options of them all.

If you don’t have the time to create your own custom cosplay, don’t be ashamed to buy one. Cosplay is all about having fun and expressing your interests. That’s nothing to be ashamed of. 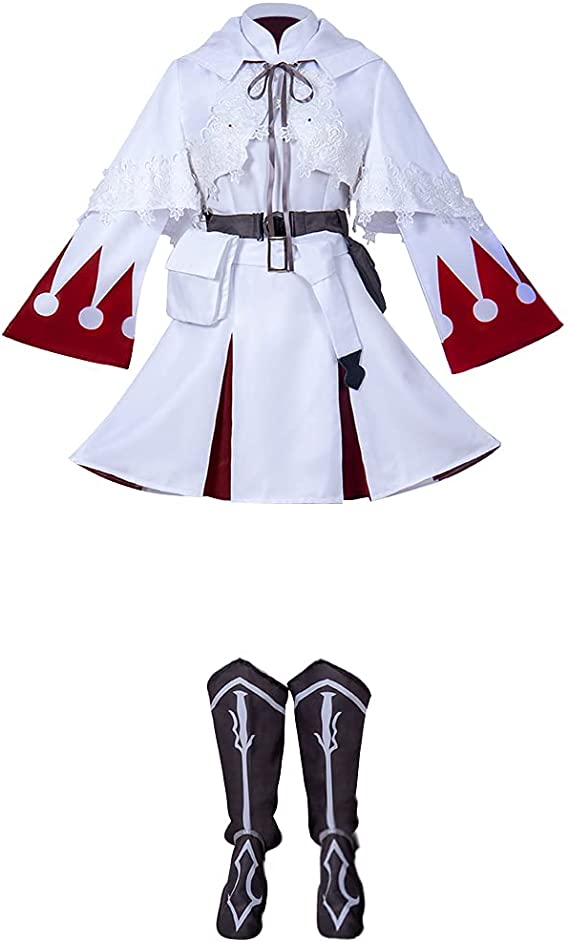 This White Mage cosplay is simple yet perfect. White Mage is considered the most straightforward healer, but it’s that adorable outfit that makes me want to cosplay this class. 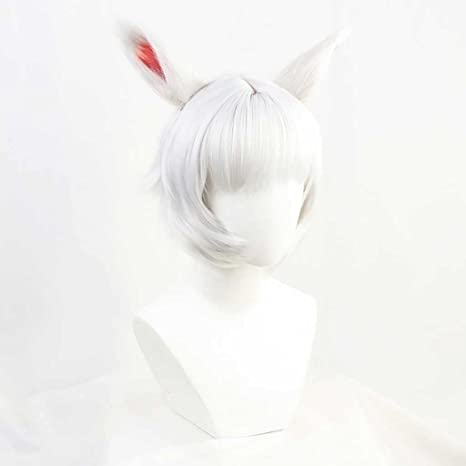 Y’shtola Rhul; has so many great outfits, and I would be tempted to create my outfit for her anyway, so all I would need is a wig like this. When the ears come with a wig, you don’t have to find one that matches the color of the ears you have. 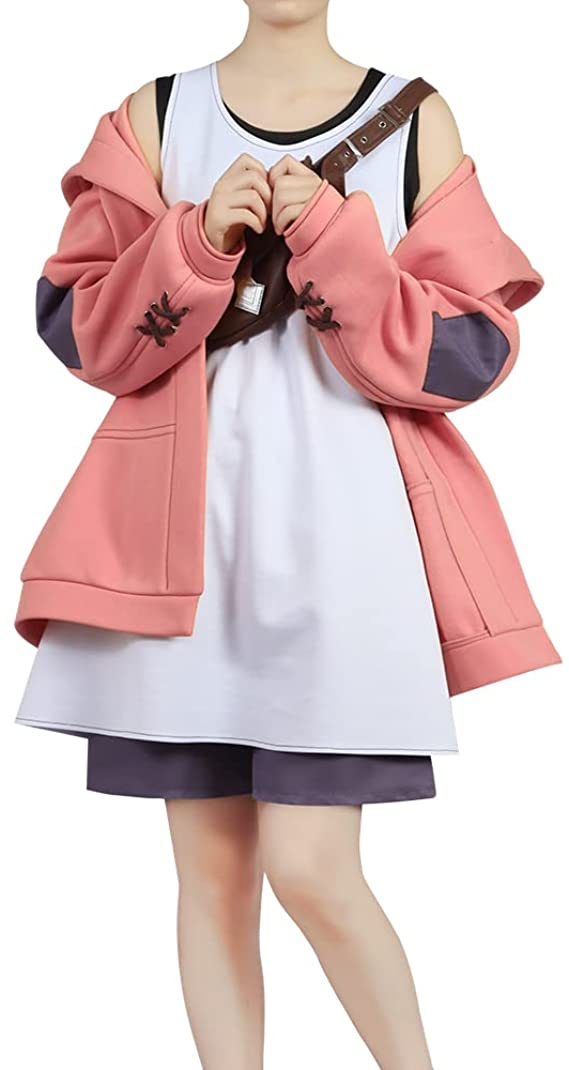 This casual attire comes in both the pink version and the orange version. If you want to buy one outfit and have it ready to wear, this will be your best bet because you can do what you want with your hair and makeup.

Crafters will drool over this apron. This is one of my favorite glams in the game to wear while I am crafting. It always feels like I am showing off my crafting skills simply by donning the apron. 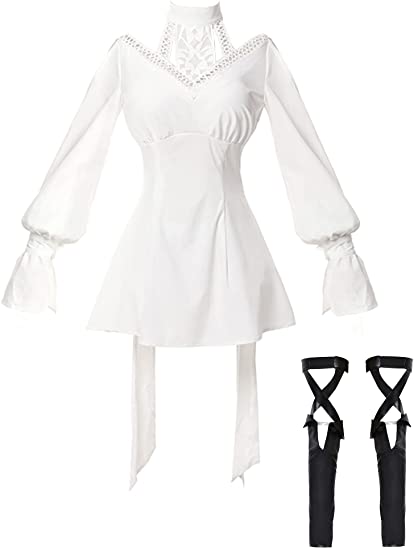 This dress is perfect for someone who wants a low-maintenance cosplay. You will need base shoes, but everything else will cover the cosplay. Then you can choose a blonde wig or a red one.

There are dozens of iconic characters in Final Fantasy XIV. It may be tempting to pick your favorite and try to take it on. But this can end in failure.

I have always found it better to find a cosplay that suits you. Not necessarily physically, but one you are mentally and emotionally ready to take on.

Although there are plenty of other options that will be more impressive, Hildibrand Manderville is my favorite character to see. This Gentleman of Light gives meaning to side quests and brings a lightheartedness to a doomed world.

Luckily, most NPCs in Final Fantasy XIV have multiple outfits to choose from. While his casual black tunic outfit is the easiest, I prefer his white trench coat.

This is his Gunbreaker gear. In my opinion, it is his most iconic outfit, but feel free to take on any of his other glam. A younger Thancred from Ul’dah is a great way to help us remember him in a different light.

Ah, Minfilia. If you don’t love Minfilia, we’re not playing the same game. Her white outfit is iconic, but it isn’t really “her” now, is it? If you’re like me, you want to forget anything that happened after A Realm Reborn.

So that’s why I have chosen to focus on Minfilia’s first outfit. This isn’t an outfit you can piece together. But you can get far finding pieces that you can put together if you know your way around the sewing machine. 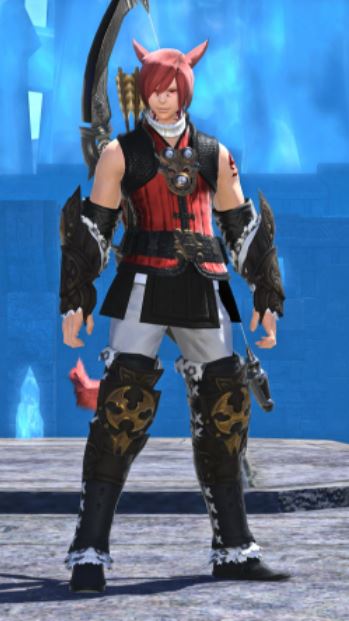 It isn’t easy to talk about G’raha Tia without giving anything away. So I will talk about his outfit alone. Most of his outfits are similar and are simple in the world of FFXIV. There are two primary choices – long-sleeved or sleeveless.

Tataru is the backbone of the Scions. I dressed my toddler up as Tataru last year, and it was a hit. The cosplay was a leisurely visit to SHEIN, and the girl was instantly recognizable. While Lalafell cosplay isn’t easy for adults, it is perfect for kids.

I believe that Astrologian Urianger is superior to other versions of this cursive-talking Scion. It is surprisingly easy to put together while still looking impressive. I love this outfit.

Emet-Selch is either one of those characters that you love to hate or hate to love. There is no in-between. While later versions of Emet-Selch are acceptable, we can’t forget where he came from. The two-colored hair and ever-present smirk must remain.

These twins have some of the best character arcs in the game. While Alphinaud changes color later on so that we would be able to tell the two apart without checking their earrings, their core color will always be navy. There are quite a few options, but with Alphinaud, the variation isn’t great.

Y’shtola’s outfits change more often than most of the other NPCs. Although her early white outfits are iconic, her Shadowbringers glam is so boss that we cannot allow anything else to be the focus.

Thankfully, Kan-E-Senna only has one iconic outfit. It is simple and sweet. Of course, I am tempted to take this one on next, as long as it is winter.

If you have a suitable base for Kan-E’s glam, the rest will be relatively easy and significantly impact fans.

This may be the easiest to get almost perfect and the hardest to get perfect. When it comes to simple cosplay, you have to pay attention to the details.

This sweetheart wears the best white dress with black boots. That’s all you have to worry about, so spend plenty of time perfecting it.

I could not pick which version of this girl I liked best. Her classic kimono is made complete with fierce eyes and a pipe. But if you can step up your game and accomplish a boss “boss” like Tsukiyomi, you have it made. Tsukiyomi is one of the most iconic bosses in the game and the favorite of many players.

While cosplaying as a specific character is impressive, creating custom cosplay inspired by your favorite games is fun. If you want to work with a base idea and build on it, you can go places.

For example, if you are an Au Ra but want to make things easier by cosplaying as a Hyur, then do it. Keep everything else the same (like the hair color and glam) and be a Hyur version of your Warrior of Light.

You can easily take a Final Fantasy class and build on it to create the perfect Final Fantasy XIV cosplay. If you choose a healer, you can work with cloth, a melee DPS will have more leather, and a tank will have a lot of metal. Everything else is in-between; however, every single class can wear almost any material if you choose the proper armor set to copy.

You can choose any FFXIV glam that you like, but I have picked some of the most popular glam. Some of them would be easy to replicate, while others would be highly challenging.

If you want to wear ears or a tail, you can base your cosplay on your favorite race in Final Fantasy XIV. If you do this, all you need are the simple details, and the rest is whatever you have in your closet.

If you can take on something that isn’t a humanoid but is loved even more, you have a good chance in any competition. A Chocobo will be easily recognizable by any Final Fantasy fan. But other options, like a Moogle or Namazu, are rarely seen in any form at a convention.

Any Boss in Boss Form

When you choose someone like Titania, you have to do it right, because choosing only the easy parts puts you at risk of duplicating someone else’s cosplay. You will definitely take home a prize if you can pull off something like a primal.

Question: Can You Cosplay In FFXIV?

Answer: It is a common practice to have cosplay/costume contests in Final Fantasy XIV. There is a theme to the contest, such as Christmas, summer, video games, or sci-fi.

Answer: It doesn’t mean you’re a furry if you cosplay as a Viera or Miqo’te. Cosplay is a world where you can dress as whoever you want without being judged by fellow cosplays and fans.

Question: What Is The Most Popular FFXIV Cosplay

Answer: Although there aren’t statistics on Final Fantasy 14 cosplay, I have seen the Warrior of Light, Aymeric, and Y’sthola most often. However, the cosplay is rare enough that yours will be unique.

There isn’t a wrong way to do Final Fantasy cosplay. Whether it’s an NPC or a concept inspired by the game, you can be whoever you want. Cosplay is fun, and nothing should stop it from being fun.

You can buy a pre-made costume or create one with nothing by fabric and EVA foam. There are so many possibilities with Final Fantasy XIV that just the thought of it makes me want to get started right away.