Thancred Waters is an important NPC in the FFXIV storyline. He is one of the first NPCs you meet in A Realm Reborn and one of the only ones whose presence is relevant across all current DLCs.

Thancred is often considered the standard as far as Final Fantasy men are concerned. Like many Final Fantasy males, such as Noctis, Snow, and Vincent, he is no stranger to the affections of his plentiful admirers.

But when it comes to the origins of Thancred, how he relates to the Warrior of Light, and how to use him in your Trust, things can get a little confusing. That’s why, in this Thancred Guide, I decided to break things down and make admiring Thancred that much easier.

Thancred Waters is a Midlander Hyur who grew up on the streets of Limsa Lominsa. He made his own way with a group of petty thieves by pickpocketing. One day, he attempted to steal from Louisoix Leveilleur, and that was the day his life changed.

Louisoix Leveilleur is the grandfather of two other prominent characters, Alphinaud and Alisaie. Instead of turning young Thancred in, Mr. Leveilleur requested Thancred’s services.

Thancred returned to Sharlayan with Louisoix Leveilleur and studied with him, eventually becoming an Archon and a member of the Circle of Knowing. In FFXIV, version 1.0, Thancred is seventeen. He takes down a Goobue that is rampaging through town.

This is when he meets another prominent character, Minfilia. At the time, her name was Ascilla, daughter to a crooked goldsmith, whose orchestrations led to his death. To hide Ascilla from Garleans, who may want to seek revenge, Thancred renamed her Minfilia.

Meeting Thancred 6Waters – A Realm Reborn And Beyond

Thancred Waters and the Warrior of Light develop a special bond throughout the Final Fantasy IV story. Each DLC brings something new to their relationship and changes the course of Thancred’s presumed destiny.

Minfilia then sends the Warrior of Light onto a mission with Thancred. The Warrior of Light discovers that one of the thugs that they had the altercation with earlier was posing as a priest and capturing refugees. This leads to a fight with Bowl of Embers Primal, Ifrit.

Thancred doesn’t make it in the nick of time but instead arrives right after the fight. After his appearance, he is seen less frequently, but the cause of that is soon found out to be the fact that the Ascian Lahabrea has possessed him.

The Ascian menacingly shares that to defeat him that they’d have to kill Thancred. Of course, this didn’t happen. The Light of the Crystals enabled the Scions to purge Lahabrea while preserving Thancred.

The time spent as Lahabrea came back to haunt Thancred when Brass Blades attempted to arrest Thancred for conspiring with the Garleans. The Scions fled to Ul’Dah via a secret tunnel. But since those with the Echo were top priority, Thancred stays behind with fellow Scion, Y’shtola Rhul, to ensure the others escape.

Unbeknownst to the others, Y’shtola used a spell called Flow to teleport herself and Thancred away before the tunnel caved in on them. Thancred was teleported to the wilderness of the Dravanian Forelands, in the nude, much to the amusement of the Warrior of Light.

After using survival skills to gear up, Thancred bartered with a local beast tribe, the Vath. This was especially helpful considering he had lost his ability to use magik after being sent through the Lifestream. But it did not change the fact that he wasn’t able to use aether to teleport out.

Thancred makes an early appearance in Heavensword, letting the other Scions know what happened to him. Then, in one of the most heartwrenching scenes in Heavensword, Thancred learns about Minfilia’s transcendence as the Word of the Mother. Feeling guilt and anger overcome him, Thancred becomes forlorn and irascible. 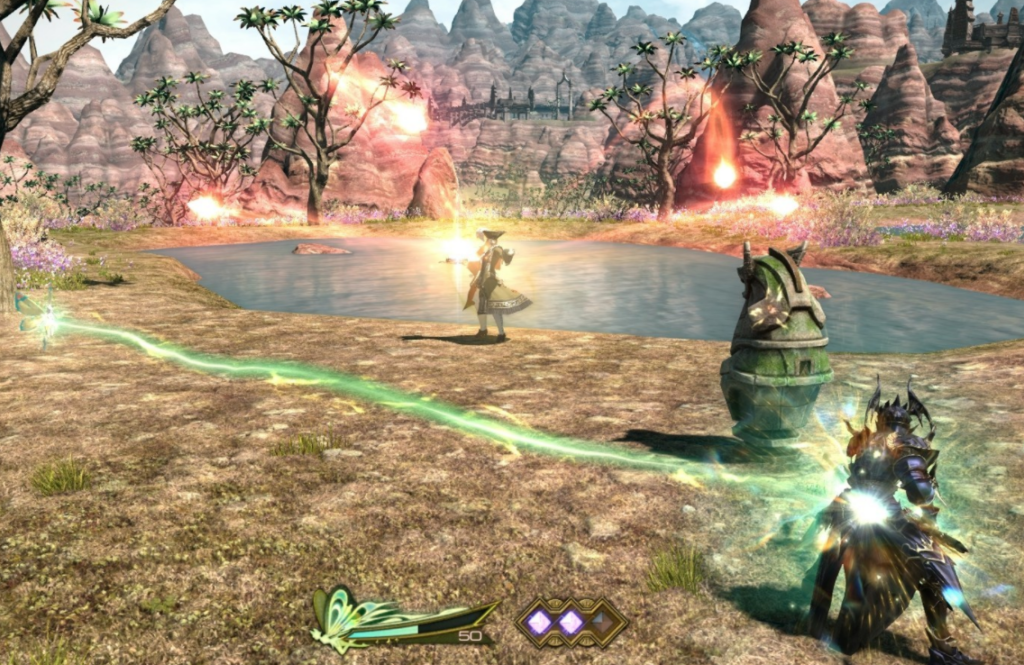 Still broken and lost without Minfilia, Thancred helps divide the Garlean Empire. While he isn’t a primary NPC in Stormblood, he does pick up Gunbreaker after Hrothgar Rostik teaches him the class.

At the end of Stormblood, Thancred’s soul is separated from his body after being subjected to the Calling.

In Shadowbringers, Thancred makes a huge comeback. He is transported to the First, in an instance where time works differently. Making lemonade, Thancred hunts sin eaters until he hears about the Oracle of Light, which just might be a reincarnation of his lost friend, Minfilia.

This realm’s version of Minfilia was being held captive in Eulmore, so Thancred made quick work of rescuing her. It was easy to see early on in their relationship that Thancred had mixed feelings about the young girl.

She was a supposed reincarnation of one of the most important people in his life. Someone that he felt he had let down. Now, here she was, as if asking to be treated the same as his lost love. Accepting her was accepting that he’d never see Minfilia again.

After seeing how she was her own person, determined to follow her own path, Thancred proved his acceptance by giving her a name. Ryne. 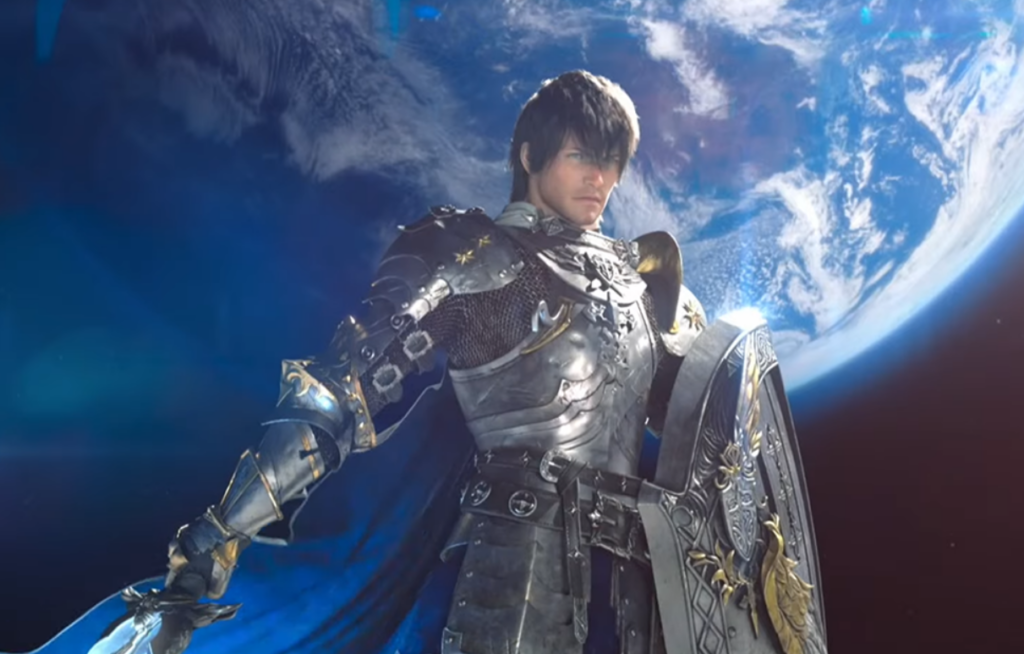 Thancred is present in the early stages of Endwalker, as the Scions travel to the new land of Sharlayan to learn more about FFIV’s version of armageddon, Final Days. In Endwalker, Thancred leads many parties and missions. He reunites with Rostik, leads the attack on the Tower of Babil, and accompanies the Warrior of Light on most of their journey.

However, Thancred fears that his worry for Ryne may take precedence over the bigger picture. The Final Days are said to have the ability to take over the Source, which would include doomsday on the First. Thancred asks the Warrior of Light to stop him if his worry for Ryne gets in the way of the Scions’ mission.

The day after his request, the Final Days begin to overtake Thavnair. As the Scions protect the citizens, Thancred asks the Warrior of Light to “say hi to Ryne” for him, in his own words.

Thancred later continues planning with the Scions as they attempt to limit the losses of the Final Days. When Meteion ambushed the Scions in Ultima Thule, Thancred was the only one to remain in control. It was because of him that the team survived, as he stated. His emotions transformed into dynamis.

After their fight with Endsinger, the Scions, Thancred included, were saved by the Warrior of Light. Soon after, the Scions disbanded, with Thancred traveling with Urianger.

Quests When You Play As Thancred

There are two Final Fantasy quests where you play as Thancred in the MSQs. The first is Full Steam Ahead, a Shadowbringers quest, and the other is A Frost Reception, an Endwalker quest. 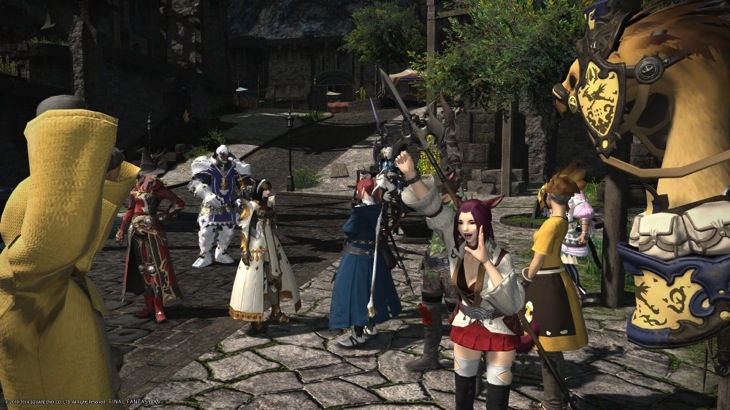 In Full Steam Ahead, Thancred plays as Gunbreaker. If you’re familiar with Gunbreaker, his abilities should feel natural. Avoid red areas, and always use special move, Perfect Deception, when serpents appear.

In A Frosty Reception, you won’t need to take part in much combat. You sneak around the camp instead and avoid soldiers. Incapacitate them with Silent Takedown, take down dogs with Bewilderment Bombs, and use Swift Deception to turn invisible.

Thancred’s Role In Your Trust 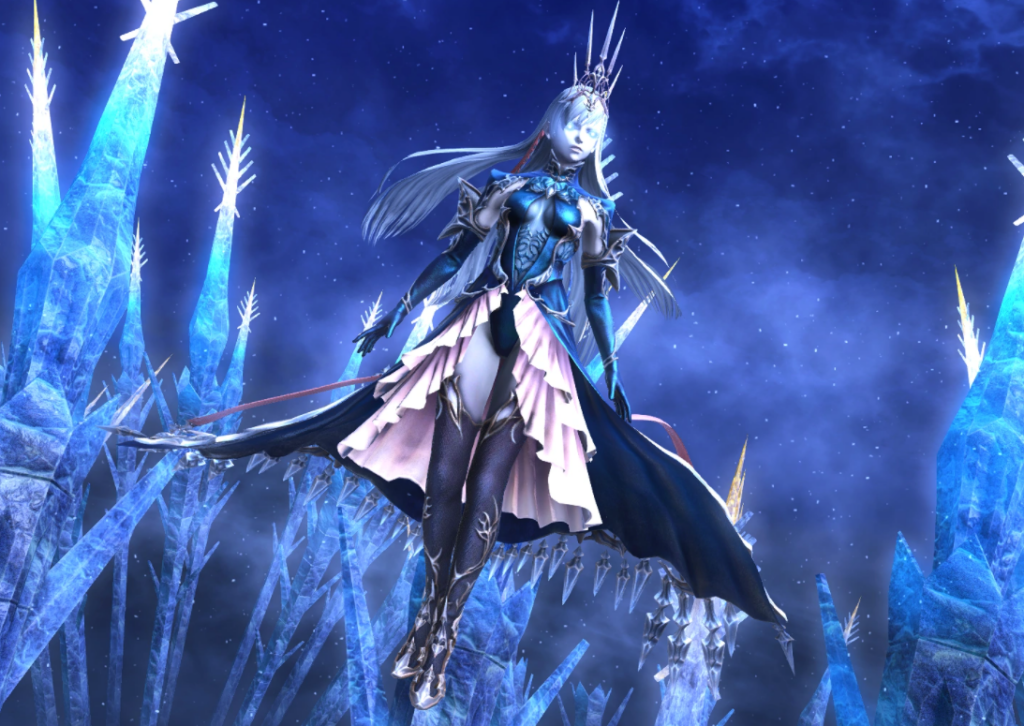 Thancred Waters is introduced into the Trust system as a Gunbreaker. He is one of the primary tanks in the system and is often available on the first run through dungeons. Here are a few tips on using Thancred in your Trust.

Thancred came into the first patch as a friendly guy who was popular with the ladies. His personality faces changes throughout the story, and the majority of those changes came to be due to his relationships.

Minfilia and Thancred were inseparable before her transcendence. While there is speculation that the two were more than friends, this has never been confirmed. What is clear is the fact that Thancred was never the same after her departure.

The relationship between Ryne and Thancred started off rocky. But soon enough, Ryne became the most important person in Thancred’s life. He vowed to protect her at all costs, even asking the Warrior of Light to step in if he held her life over the lives of others. 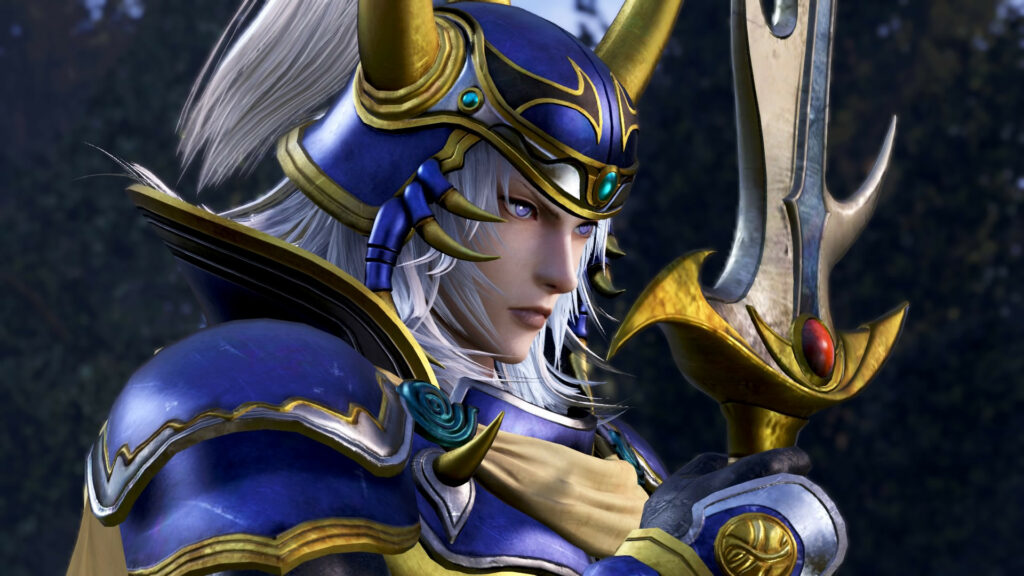 Thancred and the Warrior of Light are extremely close. Thancred is one of the WoL’s closest friends, and the WoL is one of the few that Thancred feels comfortable enough confiding in.

Thancred is close to all of the Scions, but he is most comfortable with Y’shtola and Urianger. He’s spent time with Yda, Alphinaud, and Alisaie, but his friendship with each of them is standard.

Answer: Thancred has not died, as of Endwalker. Though there’s been a couple of close calls, and he has needed to be resurrected, he is still alive and kicking.

Question: Is Thancred An Ascian?

Answer: No. Thancred was possessed by the Ascian, Lahabrea, for an extended period of time. Though after the fight against Lahabrea, Thancred is released from the control.

Question: Where Is Thancred After Endwalker?

Answer: After Endwalker, Thancred can be found in Labyrinthos. This is where he will be helping people with Livingway until the next DLC. If you talk to him, he will state that it’s good to see you and ask if you are there to look in on the starship.

Answer: Thancred does love Minfilia. However, whether he loves her as a brother or something more has yet to be shared with players. We may find out in the future, but for now, we simply have to accept that he loves her.